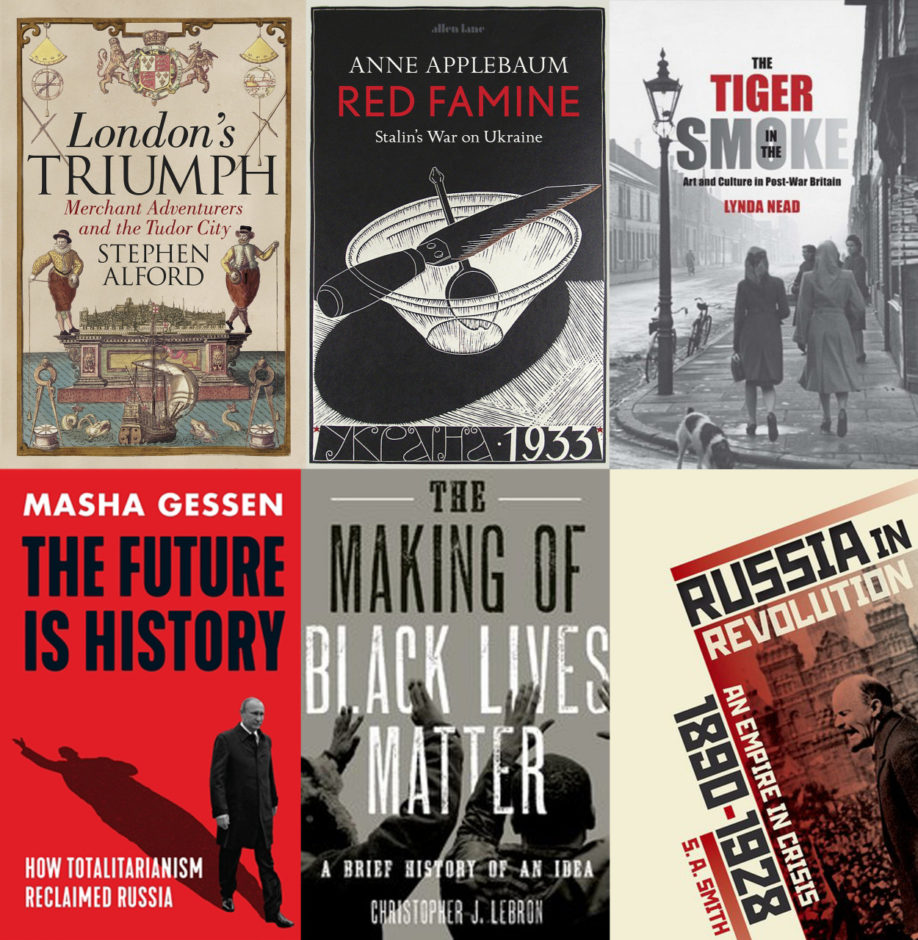 Lynda Nead, The Tiger in the Smoke: Art and Culture in Post-War Britain (Yale University Press)

The judging panel for the Hessell-Tiltman Prize is chaired this year by Joanna Bourke Professor of History at Birkbeck, University of London, John Bew, Professor of History and Foreign Policy, King’s College London, and writer, cultural commentator and Chair of the Fourth Plinth Commissioning Group, Ekow Eshun.

As judges, we were impressed by the quality of history that was published by British-based presses in 2017. The range of time periods was gratifying, from prehistory to the contemporary world. Historical approaches were equally diverse, including political, social, cultural, economic, archaeological, and psychological scholarship. The authors were also varied, from established academics to first-book journalists.

In drawing up the shortlist, we were conscious that the PEN Hessell-Tiltman Prize is awarded to a history book accessible to a wider audience. We were also keen to open up the prize to varied voices: the authoritative as well as the more intimate. As a result, the process of judging the books was pleasurable. At times, we found ourselves reading books that we might not have otherwise purchased. Some of these proved especially illuminating. We are delighted by the state of history writing today.

The Hessell-Tiltman prize of £2,000 is awarded annually for a non-fiction book of specifically historical content. Entrants are to be books of high literary merit – that is, not primarily written for the academic market – and can cover all historical periods.

Judges’ comments on the shortlisted books

Alford’s book is a fascinating evocation of Tudor London. Alford’s central purpose is to show how London went from a rather introverted town to a global metropolis. The dense mercantile networks that developed within a relatively short period of time were transformative. London was a city of contrasts: harsh poverty coexisted alongside exorbitant wealth. London’s Triumph is also a loving evocation of the streets of London. After reading this book, the judges saw London in a different light.

Until the Holocaust, the 1932-33 Famine in the Ukraine was the largest instance of mass killing in Europe in the twentieth century. Nearly four million people died of starvation, but the people responsible for the atrocity were largely successful in stifling wider knowledge of the famine. Applebaum pulls no punches: the modernization and collectivist policies of Stalin and his officials were to blame. This is a heartrending book, illuminating a period of history that has left an indelible mark on the Ukraine today.

This is a book for anyone curious about Russia today. Gessen is a masterful narrator, leaving readers into the homes and hearts of the generation of people who came of age in the “new Russia” of the 1990s. The struggles for, and dreams of, liberation clashed with “Homo Sovieticus” (which includes a mishmash of doublethink, xenophobia, homophobia, and passivity). Putin is blamed for the revival of repressive policies, but Gessen shows how everyday Russians have also been held captive by their past.

Lebron begins his book with the sentence, “It can be difficult to keep up”. Since the murder of Trayvon Martin on 26 February 2012, America and the world have been transfixed by a series of brutal attacks on Black Americans. This is not new, but “Black Lives Matter” has brought it to everyone’s attention. In a passionately-argued narrative, Lebron sets out the history of this movement, focussing on the contributions of Black intellectuals. He also offers ideas for the way ahead.

Lynda Nead, The Tiger in the Smoke: Art and Culture in Post-War Britain (Yale University Press)

Nead gives readers a history of post-war Britain seen through colour. This would be enough to warrant acclaim; she also is an accomplished storyteller. The Tiger in the Smoke rejects the self-congratulatory narrative of Britain after the Second World War, focussing instead on shades of grey smog, bomb-sites, virulent racism, art and film, and the dreams of ordinary people. The book is itself an objet d’art. The judges were enchanted by the way Nead interweaves the cultural, social, political, and emotional lives of Britons.

2017 was the centenary of the Russian Revolution. Numerous books were published to commemorate this event, but the judges were most impressed by S. A. Smith’s magisterial account. This is “total history” at its best: expansive, paying attention to the individual as well as institutional and state actors, even-handed yet reflective on his own position. Crucially, Smith is passionate about delineating the role of human agency. Smith is a consummate chronicler of complex events. The book is mesmerising.