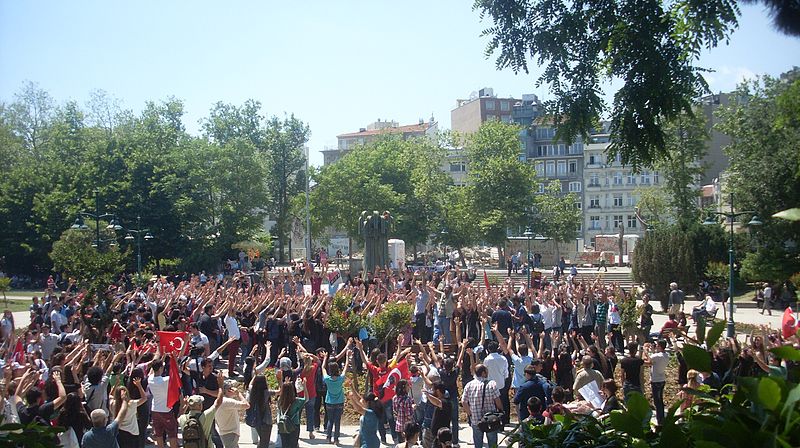 English PEN is deeply concerned by the news that civil society leader and publisher Osman Kavala is facing new charges following his acquittal in the ‘Gezi Park’ trial yesterday, 18 February 2020. Kavala, who has been detained since October 2017, is now facing charges of ‘attempting to overthrow the consitutional order through violence and force’ in relation to the failed coup of 2016.

We join colleagues at PEN International, Norwegian PEN and ARTICLE 19 in calling for the new charges against Kavala to be dropped immediately and in urging the Turkish authorities to end the crackdown on civil society.

This is a devastating blow for all of us who know Osman Kavala to be one of the world’s most committed advocates of peace, reconcilation, and international understanding.  What the Erdoğan government has unleashed on him and so many others – with one court releasing them and another returning them to prison, less than half a heartbeat later – is nothing less than torture.  On this terrible day, we must stand together for the values we share, reminding Osman Kavala first of all, but also his wife, Prof Ayse Bugra, that they have friends all over the world, who will continue to fight for justice on their behalf.

We are deeply disappointed with the news that a new arrest warrant has been issued for Osman Kavala, following the order for his release from pre-trial detention on 18 February. It is outrageous that he remains in detention. This is a clear example of harassment through the courts with the aim of stifling civil society in Turkey. We call for all charges against him to be dropped, and for his immediate and unconditional release.’

Norwegian PEN are thoroughly disgusted by the dirty tactic of immediately re-arresting an innocent man who was already deprived of his freedom for so long. It is obvious to those who follow events in Turkey that there is no connection whatsoever between the constitutionally-permitted protests of Gezi Park and the attempted-coup of July 2016.

The latest turn of events could not be more painful. Re-arresting Osman Kavala hours after his acquittal is a cruel and callous move. The PEN community continues to stand with Kavala and forcefully calls for his immediate and unconditional release.