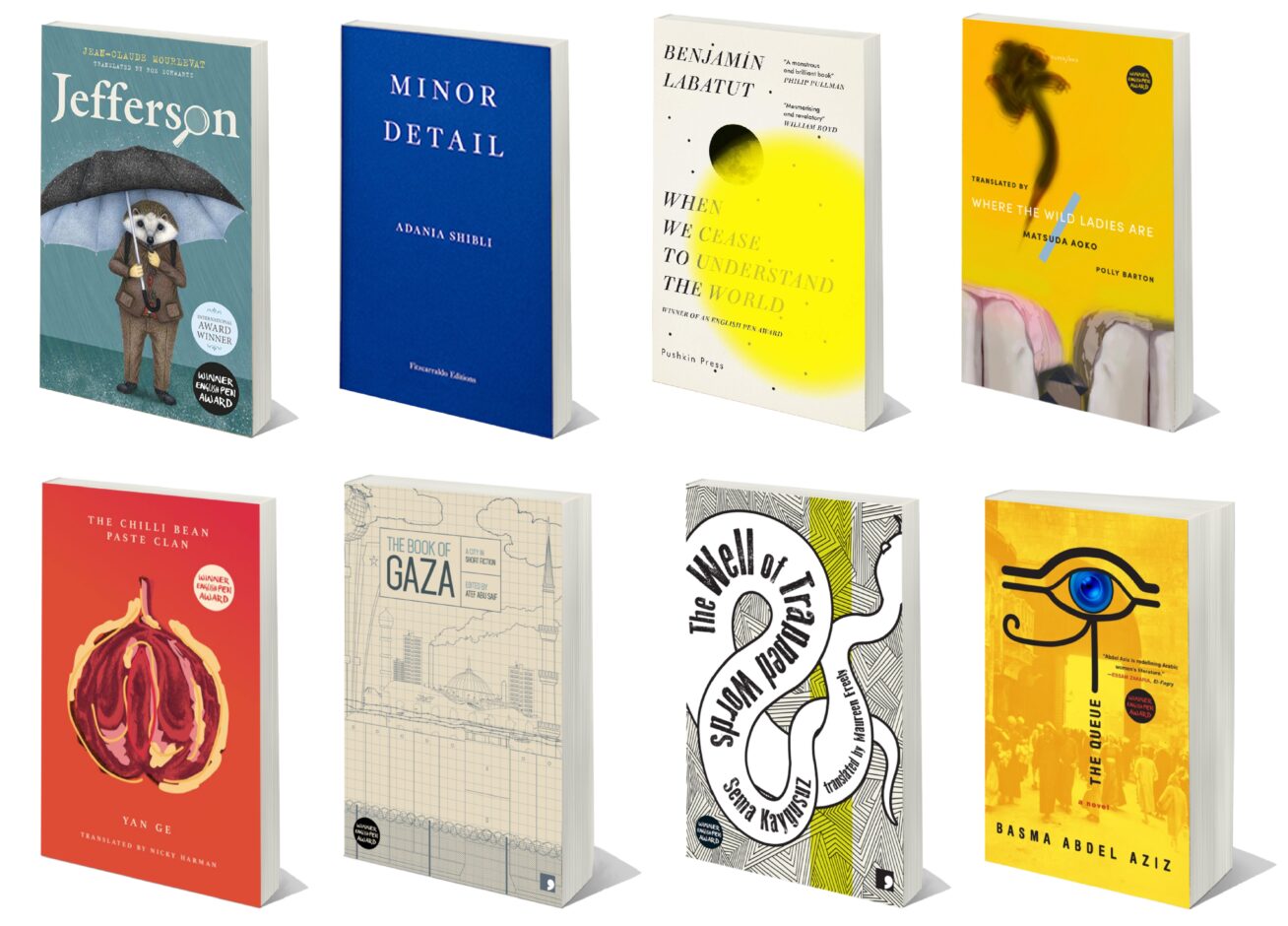 Books from 11 countries and 11 languages have won English PEN’s flagship translation awards. The 12 awards go to titles by 11 different publishers. They include literary fiction, memoir, oral history, and illustrated children’s literature, and – for the first time – titles from Yemen, Ecuador and Ireland, and work translated from the Tibetan and Irish. Among the awarded titles are the first novels by Tibetan and Yemeni women ever to be published in the UK.

These twelve books are significant works of literature. They represent some of the most exciting literature in translation arriving into the UK market. Remarkable in variety of language, voice, form, subject and geography, they are united in being outstanding pieces of writing and translating. I would like to thank the Selection Panel for all their work in determining these awards. English PEN is thrilled to be helping these books get to readers, in a moment in which exceptional, internationalist and diverse literature is vital.

It is exciting to see the ever-increasing diversity of languages being translated. Despite the tough economic climate, publishers are boldly seeking out new writing from around the globe, often brought to their attention by translators. English PEN is proud to support their efforts. Ultimately, it is readers who benefit from a richly diverse landscape.

Behind the Sun by Bushra Al-Maqtari, translated from the Arabic by Sawad Hussain (Tilted Axis Press). Country of origin: Yemen.

Voices of the Nakba: The Making of an Archive by Diana Allan, translated from the Arabic by Hoda Adra (Pluto Press). Country of origin: Canada.

Our Dead Skin by Natalia Garcia Freire, translated from the Spanish by Victor Meadowcroft (Oneworld Publications). Country of origin: Ecuador.

End of August by Yu Miri, translated from the Japanese by Morgan Giles (Tilted Axis Press). Country of origin: Japan.

Kolobok, translated from the Russian by Siân Valvis (Fontanka). Country of origin: Russia.

Things I Didn’t Throw Out by Marcin Wicha, translated from the Polish by Marta Dziurosz (Daunt Books Publishing). Country of origin: Poland.

Flowers of Lhasa by Tsering Yangkyi, translated from the Tibetan by Christopher Peacock (Balestier Press). Country of origin: China.