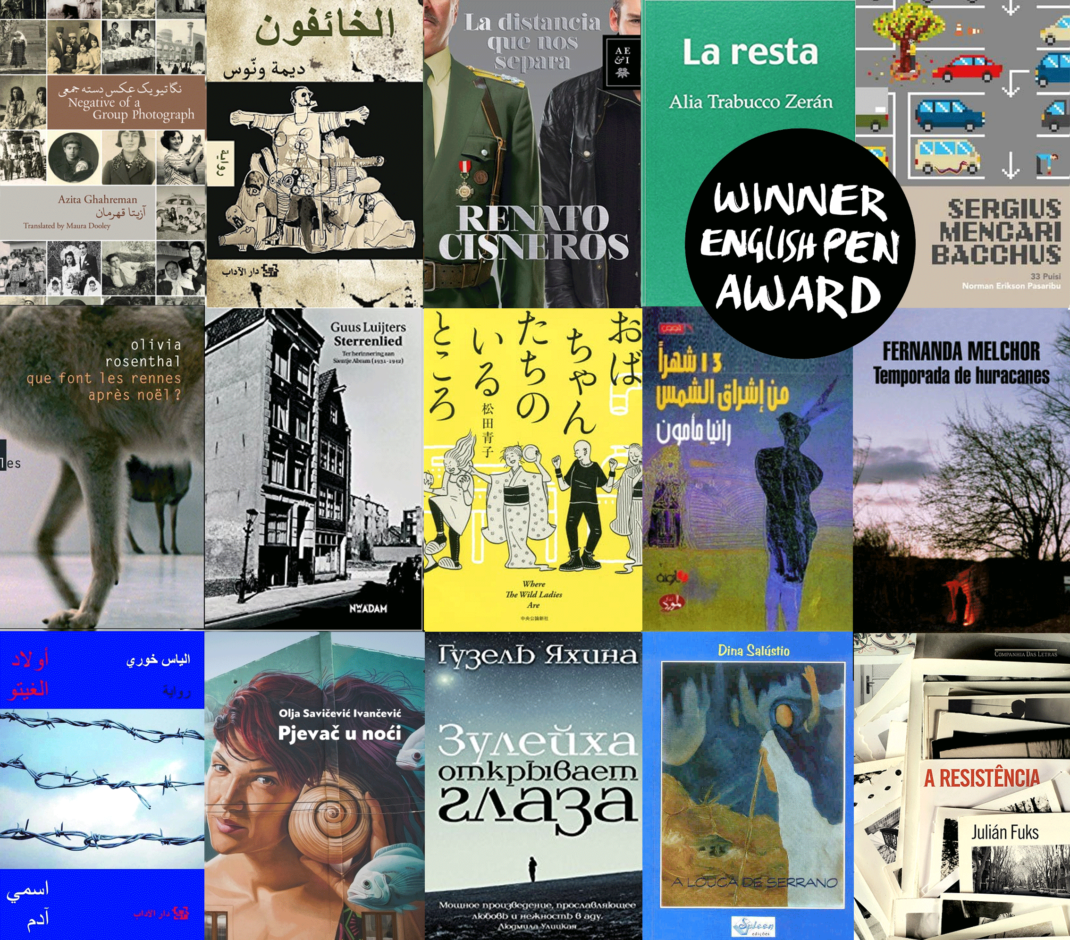 Books from seventeen countries and ten languages make up the latest round of PEN Translates award winners. These include poetry collections from the Caribbean, Indonesia, The Netherlands and Iran, novels from Sudan, Cape Verde and Syria, and autofiction from Peru.

Sarah Ardizzone, co-chair of the Writers in Translation committee, said:

‘At a time when outstanding literary talent and groundbreaking diversity are sometimes framed in a zero sum game, it is to be celebrated that both are flourishing in the very DNA of these PEN Translates awards. For the first time, the majority of winning titles are by women, including the first female novelist from Cape Verde to be translated into English. Diversity of talent, consensus of agreement: the selection panel was united in welcoming increased submissions from the Arab-speaking world, and in recognising the bold risk-taking of small independent publishers and their imaginative strategies to connect with new readers. The range of genres and previously unheard voices is a revitalising tonic: this is a list that can’t be translated fast enough into the English language.’

‘At English PEN we believe that writing should cross borders and be accessible to all. Without internationalism and translation, literary diversity is incomplete. PEN Translates is central to our mission of getting new voices to readers in the UK and the Anglophone world – and in ensuring that translators get paid properly for their work. We’re thrilled that this round of PEN Translates award winners includes books from so many different countries and genres, but most of all we’re excited to be given the opportunity to read stories that we otherwise wouldn’t be able to read.’

Books are selected for PEN Translates awards on the basis of outstanding literary quality, strength of the publishing project, and contribution to literary diversity in the UK. The award-winning books are featured on the English PEN World Bookshelf website, in partnership with Foyles.