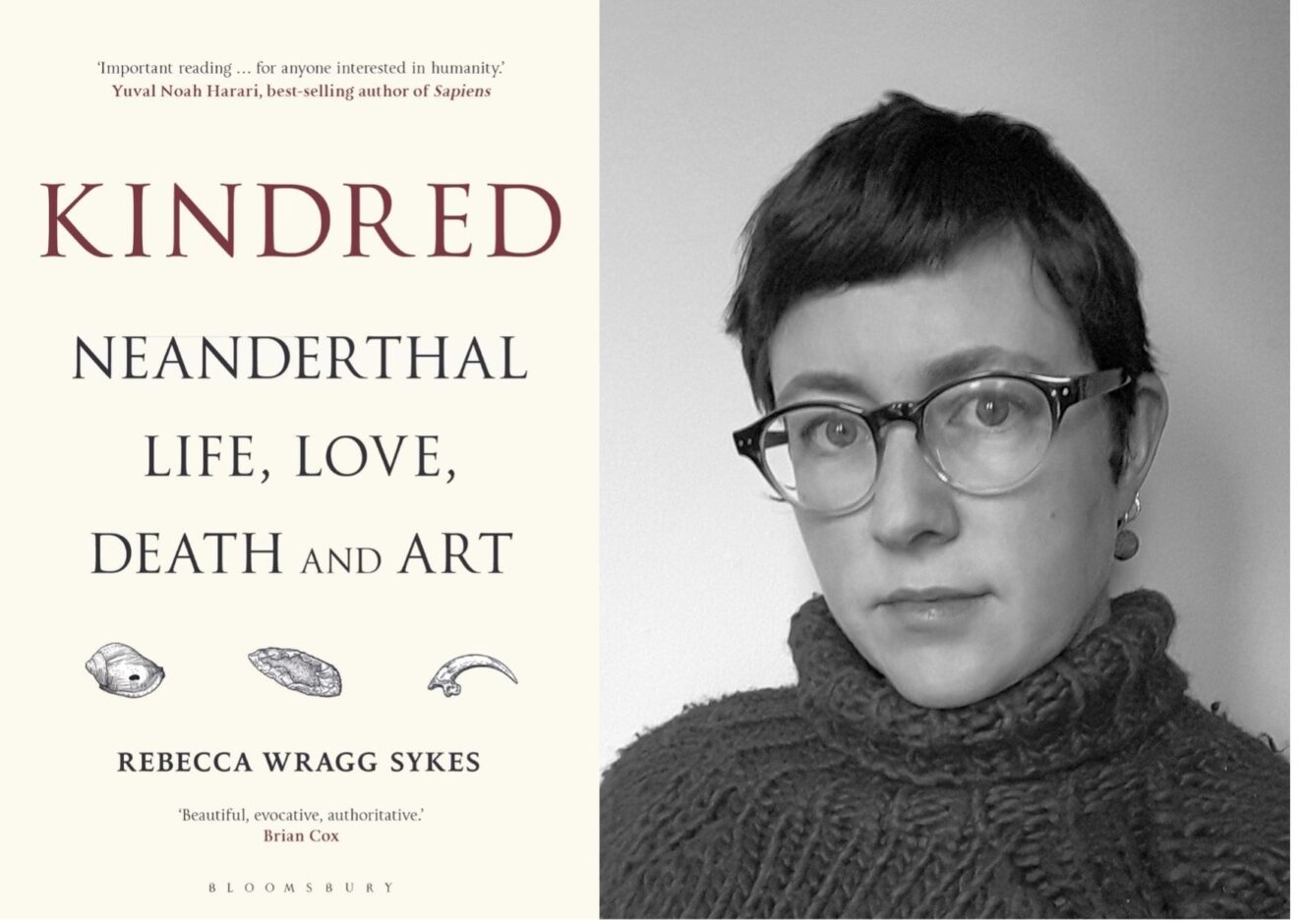 Kindred: Neanderthal Life, Love, Death and Art (Bloomsbury) is a history of the Neanderthals. Rebecca Wragg Sykes uses her experience at the cutting-edge of Palaeolithic research to share our new understanding of Neanderthals, shoving aside clichés of rag-clad brutes in an icy wasteland. She reveals them to be curious, clever connoisseurs of their world, technologically inventive and ecologically adaptable. Above all, they were successful survivors for more than 300,000 years, during times of massive climatic upheaval.

‘In a brilliant shortlist, Kindred: Neanderthal Life, Love, Death and Art stood out as a staggeringly ambitious work, full of discovery, enquiry, empathy and imagination. Rebecca Wragg Sykes has produced a book that challenges us to see our ancestors differently, recognising their resilience, their resourcefulness, and their complicated relationships. Sykes teaches us about the Neanderthals so that we can see ourselves anew. This is the best kind of history writing and a worthy winner of the PEN Hessell-Tiltman prize.’

‘The shortlisting of Kindred was a wonderful surprise, but to be selected as the winner from among such exceptional finalists is truly stunning. I am thrilled that the judges recognised Neanderthals as a captivating part of human history on their own merit, rather than a mere prelude to Homo sapiens. Writing Kindred was a true labour of love. Producing a definitive, modern account covering over 300,000 years of archaeology and 165 years of scholarship was daunting, but also a dream project. My aspiration was to share how remarkable details about Neanderthal life — at scales from the continental to the molecular — have in recent decades utterly transformed our understanding, revealing them not as dead-end evolutionary failures, but curious, creative, adaptable and successful. That incredible science was always going to be the book’s foundation, but I also wanted to explore how intersections of expertise and imagination inherent in practising archaeology are a means to travel across millennia, through vanished landscapes and into minds both familiar and strange. Giving myself permission to take that more creative, literary approach with Kindred felt risky, but it allowed something of the soul of the Pleistocene to emerge, forging an emotional connection between readers and their ancient relations. I am so grateful to the judges for this award, and accept in honour of the Neanderthals themselves, who never fail to impress, inspire and surprise us, offering a vision of another way to be human.’

‘Our heartfelt congratulations to Rebecca Wragg Sykes who was won this year’s PEN Hessell-Tiltman Prize. Kindred is a fascinating glimpse into an ancient, lost world, which continues to inform our present day. Congratulations Rebecca, and to all our shortlisted authors.’

This year’s judging panel for the PEN Hessell-Tiltman Prize 2021 was chaired by academic, critic and broadcaster Professor Shahidha Bari. She was joined by author Dr Wanda Wyporska and author and Managing Editor of Prospect, Sameer Rahim.

Rebecca Wragg Sykes has been fascinated by the vanished worlds of the Pleistocene ice ages since childhood and followed this interest through a scientific career researching the most enigmatic characters of all, the Neanderthals. Alongside her academic expertise, Rebecca has earned a reputation for exceptional public communication in print, broadcast and as a speaker. Her writing has featured in The Guardian, Aeon, and Scientific American, and she has appeared on history and science programmes for BBC Radio 4. She works as an archaeological and creative consultant, and co-founded the influential TrowelBlazers project, highlighting women in archaeology and the earth sciences.

The PEN Hessell-Tiltman Prize of £2,000 is awarded annually for a non-fiction book of specifically historical content. Entrants are to be books of high literary merit – that is, not primarily written for the academic market – and can cover all historical periods.

The 2021 PEN Hessell-Tiltman shortlist is:

Professor Shahidha Bari is an academic, critic and broadcaster. She studied English at Cambridge and Cornell and is a Professor at the University of the Arts London. She is the presenter of BBC Radio 3’s nightly Free Thinking programme, also known as the Arts and Ideas podcast, and the occasional host of BBC Radio 4’s Front Row and BBC 2’s Inside Culture. She’s the author of Dressed: The Secret Life of Clothes (2019), the winner of The Observer Anthony Burgess Arts Journalism Prize 2016 and has been a judge for the Forward Poetry Prizes and the Baillie Gifford Non-Fiction Prize. She writes for The Guardian, Times Literary Supplement and Frieze magazine among others.

Dr Wanda Wyporska, FRHistS, FRSA is the author of Witchcraft in Early Modern Poland 1500-1800, which was shortlisted for the Katharine Briggs Folklore Award. She is Chief Executive of the Society of Genealogists and a Visiting Research Fellow at the University of York. She was a Starun Senior Scholar at Hertford College, Oxford, has lectured and spoken at a range of universities, festivals, and international events. She regularly collaborates with HistFest and supports public history events.

Sameer Rahim is Managing Editor of Prospect. His novel Asghar and Zahra (John Murray) was published in 2019.