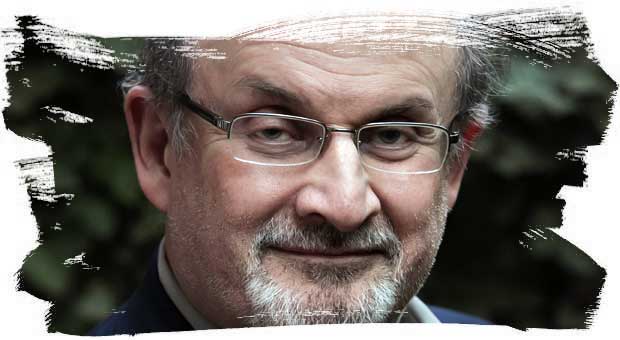 The PEN/Pinter Prize was established in 2009 by English PEN in memory of Nobel-Laureate playwright Harold Pinter. The prize is awarded annually to a British writer or writer resident in Britain of outstanding literary merit, who, in the words of Harold Pinter’s Nobel Prize in Literature speech, casts an “unflinching, unswerving” gaze upon the world and shows a “fierce intellectual determination…to define the real truth of our lives and our societies’’.

Maureen Freely said: “This prize is English PEN’s way of thanking Salman Rushdie not just for his books and his many years of speaking out for freedom of expression, but also for his countless private acts of kindness.  When he sees writers unjustly vilified, prosecuted, or forced into exile, he takes a personal interest. I think he would be the first to say that it was Harold Pinter who set the example in this regard: the engaged writer never sleeps.”

Salman Rushdie said:”It’s very moving to receive an award named after my friend Harold Pinter, whose literary genius was matched by his passion for social justice, and to follow in the distinguished footsteps of the previous recipients, Tony Harrison, Hanif Kureishi, David Hare, Carol Ann Duffy and Tom Stoppard. As a matter of fact, many years ago, I first met Harold and Antonia through English PEN, and of course they, and PEN, were later active in my defence when I needed it. The work of PEN, both in promoting the best of world literature and in opposing abuses of freedom, continues to be vitally important, and I’m proud to have been a part of that effort in England as well as the United States.”

Antonia Fraser, Harold Pinter’s widow, welcomed the award of the PEN/Pinter Prize to Salman Rushdie and commented: “Harold admired Salman Rushdie’s work profoundly long before he met him. When we did all meet, a friendship grew up which was very important to Harold; he was honoured to deliver Salman’s own lecture at the Institute of Contemporary Arts shortly after the fatwa. This award would have meant a great deal to Harold who respected Salman twice over, both for his work and his great personal courage.”

Salman Rushdie’s prize will be shared with an International Writer of Courage selected by him in association with English PEN’s Writers at Risk Committee.  The recipient will be a writer who has been intimidated for speaking out about their beliefs. The co-winner will be announced at the event at the British Library on 9 October where they will accept their prize alongside Salman Rushdie.