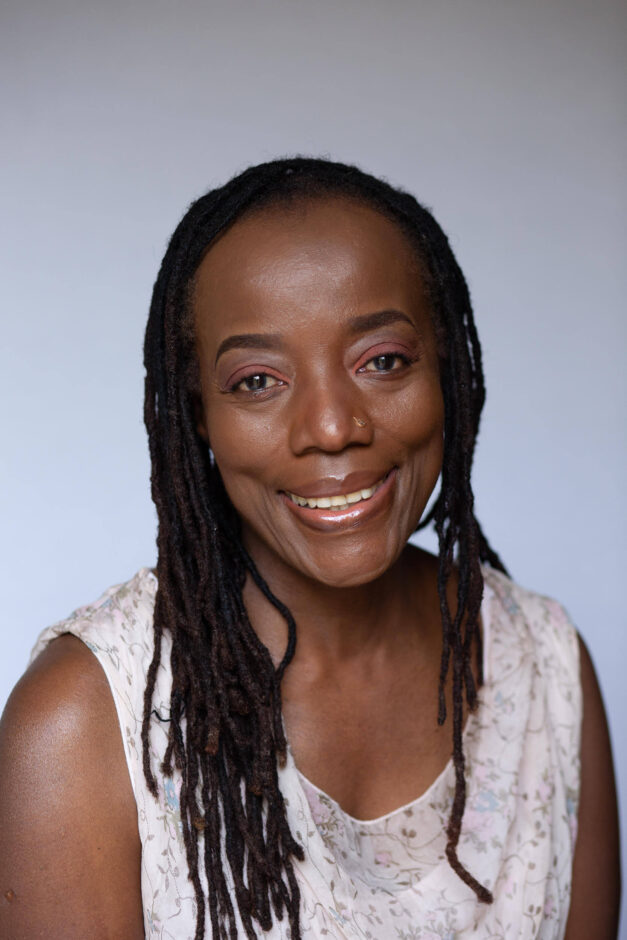 Today, Tuesday 8 June, the Zimbabwean novelist, playwright, filmmaker and activist Tsitsi Dangarembga is announced as the winner of the prestigious PEN Pinter Prize 2021 and will be delivering her keynote address at a ceremony hosted by British Library and English PEN on Monday 11 October.

The PEN Pinter Prize was established in 2009 in memory of Nobel-Laureate playwright Harold Pinter. The prize is awarded annually to a writer of outstanding literary merit resident in the United Kingdom, the Republic of Ireland, the Commonwealth or former Commonwealth, who, in the words of Pinter’s Nobel Prize in Literature speech, casts an ‘unflinching, unswerving’ gaze upon the world and shows a ‘fierce intellectual determination… to define the real truth of our lives and our societies’.

I am grateful that my casting – in the words of Harold Pinter – an “unflinching, unswerving gaze” upon my country and its society has resonated with many people across the globe and this year with the jury of the PEN Pinter Prize 2021. I believe that the positive reception of literary works like mine helps to prove that we can unite around that which is positively human.

The judges said of Dangarembga:

Tsitsi Dangarembga has had an unusual and exemplary career as a writer, filmmaker and activist, who has made things happen for other people as well as achieving in her own right. Through her trilogy of novels, starting with Nervous Conditions in 1988 and culminating 30 years later in her fine, Booker shortlisted This Mournable Body, she has charted the development of Zimbabwe from a British colony to an autocratic and troubled free state. In doing so, she has held a magnifying glass up to the struggles of ordinary people, in so many parts of the world, to lead good lives in the increasingly corrupt and fractured new world order. Hers is a voice we all need to hear and heed.

Tsitsi Dangarembga’s work through her books, activism and films demonstrates diligence, stoicism, and the ability to capture and communicate vital truths even amidst times of upheaval. It is an honour to join my colleagues in raising up the voice of a woman whose words have written the story of my country of birth with a clarity, bravery and honesty that is a rare and precious gift.

I’m honoured to have been able to sit with my fellow judges, and to shine a light on Tsitsi Dangarembga in this way; and through her choice to highlight another international writer of courage. When Nervous Conditions was published in 1988 it was the first novel to be published in English by a black woman from Zimbabwe; here’s to our bookshelves, our syllabuses and our collective imaginations being full of many more, from current and future generations, in the years to come.

The prize will be shared with an International Writer of Courage: a writer who is active in defence of freedom of expression, often at great risk to their own safety and liberty. The co-winner, selected by Dangarembga from a shortlist of international cases supported by English PEN, will be announced at the event on 11 October.

This year’s award ceremony is part of English PEN’s centenary programme Common Currency, a year-long celebration of freedom of expression, creative campaigning, and the best literature the world has to offer.

The PEN Pinter Prize is supported by the generosity of the Blavatnik Family Foundation and Ruth Maxted.