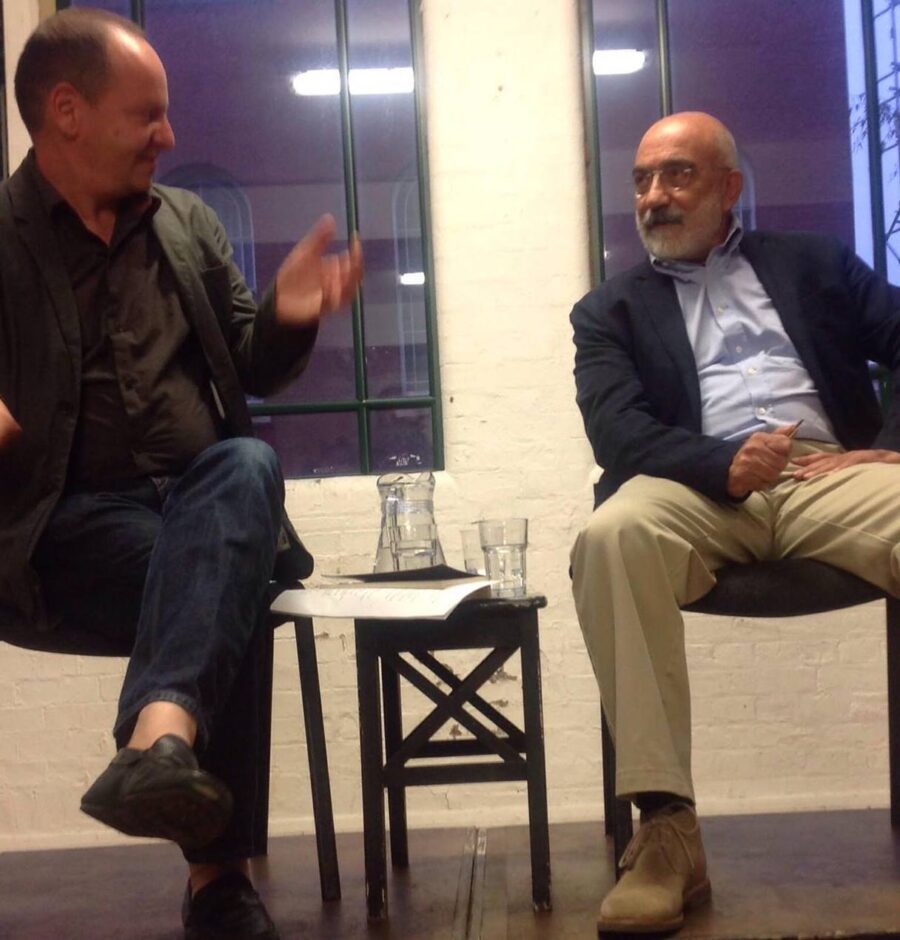 English PEN welcomes the news of Turkish writer and journalist Ahmet Altan’s release from prison on 14 April 2021 after more than four years in detention.

He is one of the most remarkable and inspiring human beings I have ever known. After four years of wrongful, illegal imprisonment – ‘like living without clocks, in endless time’, he told me when I visited him in the Silivri maximum security prison – he is home. I celebrate him and his freedom, and all those who made this happen.

On 4 November 2019, following proceedings marred by violations of his right to a fair trial, Altan was sentenced to 10-and-a-half years in prison. He was then released pending appeal only to be sent back to jail eight days later.

On 14 April 2021, Turkey’s Court of Cassation overturned his conviction; he was immediately released due to time served. The Court of Cassation’s ruling followed a judgement by the European Court of Human Rights, issued on 13 April, ordering Turkey to free Ahmet Altan immediately and pay him €16,000 in damages for violating his rights to freedom of expression, as it found ‘no evidence that the actions of the applicant had been part of a plan to overthrow the government’.

Ahmet Altan’s release comes in the wake of sustained mobilisation. Scores of PEN Centres across the world have been actively campaigning on his behalf, including sending appeals to the Turkish authorities, conducting trial observations, taking part in solidarity actions, and promoting his writing.

Ahmet Altan, 71, is a prominent Turkish writer, novelist and journalist. His acclaimed work I Will Never See the World Again (translated by Yasemin Çongar), was nominated for the 2019 Baillie Gifford Prize for Non-Fiction.

For more information about Ahmet Altan’s case and PEN International’s public statement for his release, please visit their website here.