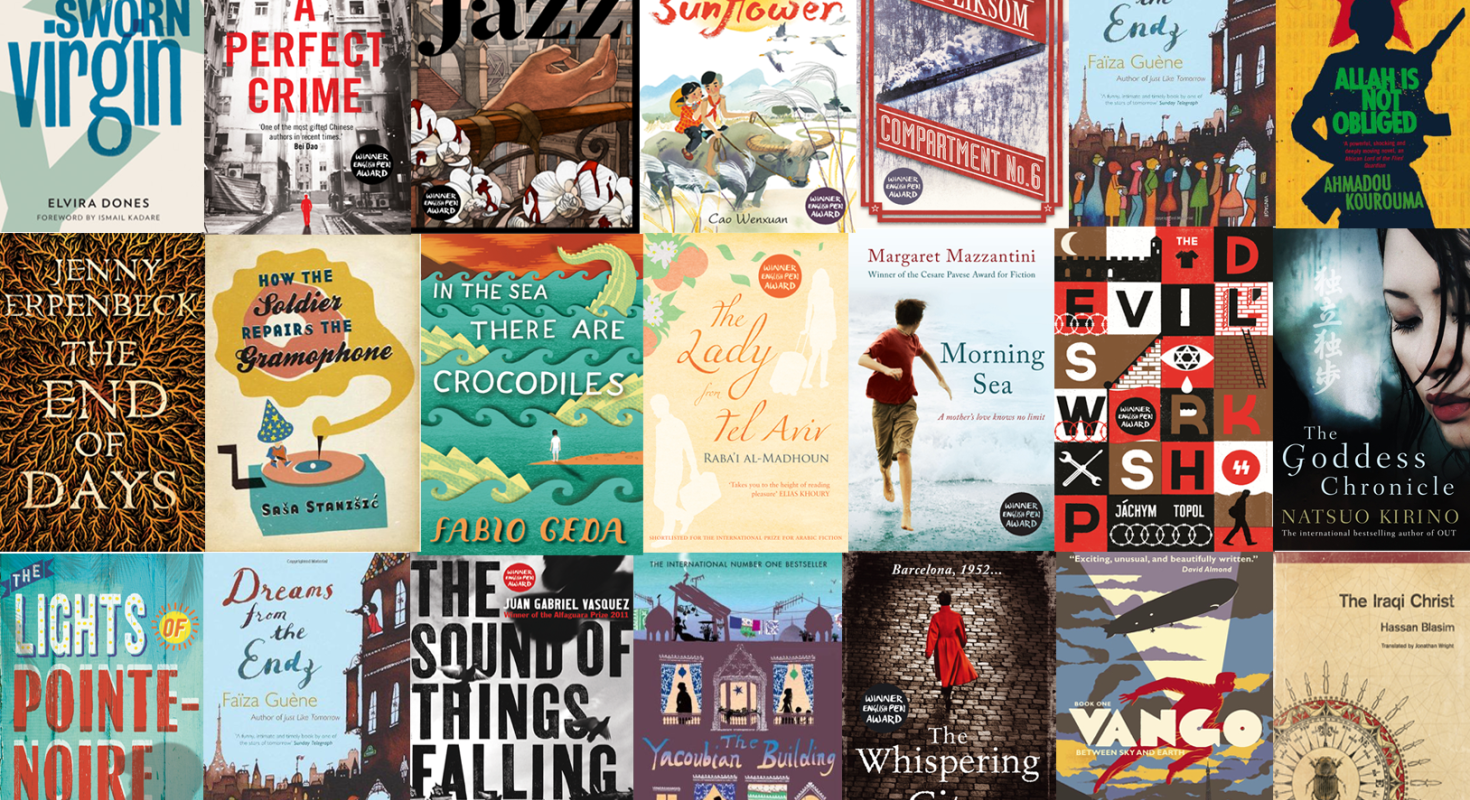 Books from eighteen countries and eleven languages have won English PEN’s flagship translation awards. They include fiction, non-fiction, poetry, short stories and children’s literature, and – for the first time – a translation from the Georgian.

The round sees the highest number of awards ever given by the programme, and among them are landmark books: the first translations into English of novels by women from Libya and the Central African Republic.

The movement of words and ideas across borders has never felt so urgent. These awards go to twenty vital, exceptional works of international literature, and mark extraordinary breadth and quality – with titles from across Africa, the Americas, Asia and Europe, and from small and large publishers alike. English PEN is delighted to support these books, and to continue our unwavering commitment to internationalism, the free movement of words, and literary diversity.

English PEN has long argued for the broadest possible internationalism in our publishing world – not as a niche interest or a luxury, but as a cultural necessity. With each round, this our fifteenth, PEN Translates receives an ever-greater number of more competitive, more promising, more diverse submissions, from terrific publishers of all sizes who, even in a risk-averse business, continue to look out at the world with ambition. These twenty titles add to the bibliodiversity that UK readers can enjoy in twenty quite different ways. Each selected title is a work of translated literature English PEN is proud to be associated with, and I’m delighted we’re able to help them into the market. Like many other curious readers, I’ll be awaiting them eagerly.

Three Apples Fell from the Sky by Narine Abgaryan, translated from the Russianby Lisa Hayden. Oneworld, May 2020. Country of origin: Armenia.

Why I No Longer Write Poems by Diana Anphimiadi, translated from the Georgian by Jean Sprackland and Natalia Bukia-Peters. Poetry Translation Centre, October 2020. Country of origin: Georgia.

Catalogue of a Private Life by Najwa Binshatwan, translated from the Arabic by Sawad Hussein. Dedalus Africa, October 2020. Country of origin: Libya.

The Fire in El Bordo Mine by Yuri Herrera, translated from the Spanish by Lisa Dillman. And Other Stories, July 2020. Country of origin: Mexico .

Notes from Childhood by Norah Lange translated from the Spanish by Charlotte Whittle. And Other Stories, February 2021. Country of origin: Argentina.

Portrait of My Double: Four Novellas by Georgi Markov, translated from the Bulgarian by Angela Rodel. Penguin Classics, February 2021. Country of origin: Bulgaria.

The Bitch by Pilar Quintana translated from the Spanish by Lisa Dillman. World Editions, August 2020. Country of origin: Colombia.

Tomb of Sand by Geetanjali Shree, translated from the Hindi by Daisy Rockwell . Tilted Axis, March 2021. Country of origin: India.

Gwangju Diary by Hwang Sok Yong translated from the Korean by Slin Jung. Verso, May 2021. Country of origin: South Korea.