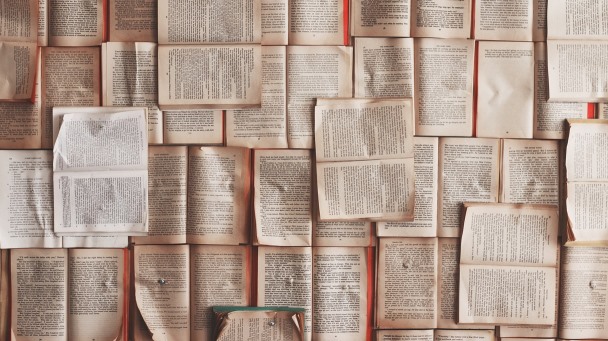 It’s Women in Translation month, and naturally we’ve been thinking about why it is that fewer books by women are published in translation: only around 30%. There is no easy answer, but we thought we’d explore the question further.

We started with prizes. If we see prizes as a reflection of the literary culture of a country, then they provide insight into what is seen as valuable. In addition to shaping the literary canon, prizes generate reviews and sales, both of which can be a guide for publishers looking for books to translate. We looked up who has won some of the major European literary prizes since 2005 and it was as unsurprising as it was eye-opening:

This doesn’t include the shortlists. You’d think that the German book prize is doing really well in terms of gender parity. But since its inception, only 22 out of 72 shortlisted authors have been women. Obviously, there are other prizes, and other countries. However, it’s probably fair to say that literary prize culture across the board often benefits male writers and male stories. 30% seems to be a pattern not only for women in translation, but also for prizes awarded and women authors shortlisted – at least in the examples I looked at.

What else contributes to a book’s cultural capital? One way or another, a book has to gain the attention of a publisher. How – apart from through prizes, reviews, buzz, and sales – can it do that? Katy Derbyshire has looked at the German example, and has found that books by women authors are reviewed less than those by their male counterparts. This lack of attention has a knock-on effect. Fewer prizes, fewer reviews, less buzz. Publishers are looking for the best books, and the structures in place to signal what the best books are tell us that they’re mostly by male writers. What applies to the English speaking world, at least in terms of reviews and prizes, also applies to other parts of the global literary industry. Several filters are in place before a book gets picked up for translation. And that doesn’t even take into account the perception of writing by women as being written primarily about and for women.

The result? In many literary cultures, fewer women make it to the top. This is a contributing factor to the translation rate that we currently have. The structures that have led to this situation are complex and interdependent, but we can address the problem step by step. The first? Raising awareness and increasing demand. Women in Translation month does exactly that. It encourages us to read differently, and to celebrate some really great books.

At English PEN we want to make sure that writers from all backgrounds, cultures and languages are being heard. This month, English PEN is highlighting women authors from our World Bookshelf; we’re giving away book bundles; and we’re hiding books in public spaces every Thursday throughout August. Follow us on Facebook, Instagram, and Twitter, and check out the World Bookshelf for instant inspiration.

On the topic of conscious and unconscious prejudice in literary culture, read on:

‘Unconscious prejudice is now written about continually, but the interesting question is not that it exists but why it exists and how it works in all of us. Reading novels is one activity among many in the culture, and the way ideas of the feminine and the masculine infect our literary habits cannot be siphoned off from the larger culture, nor is it easy to discuss that culture, as if it were an unvariegated block of consensus.’ Siri Hustvedt on Knausgård and femininity

‘Anyone who argues that good work will always be published and valued is not paying attention to the way in which our literary culture dismisses, maligns, or limits the work of anyone deemed to be other to the white male writer.’ Natalie Kon-yu on sexism in literary prize culture

‘Everything we know about war we know with ‘a man’s voice’. We are all captives of ‘men’s’ notions and ‘men’s’ sense of war. ‘Men’s’ words. Women are silent.’ Svetlana Alexievich on why she does what she does

This is a short version of the August edition of the Writers in Translation bulletin. Sign up here.