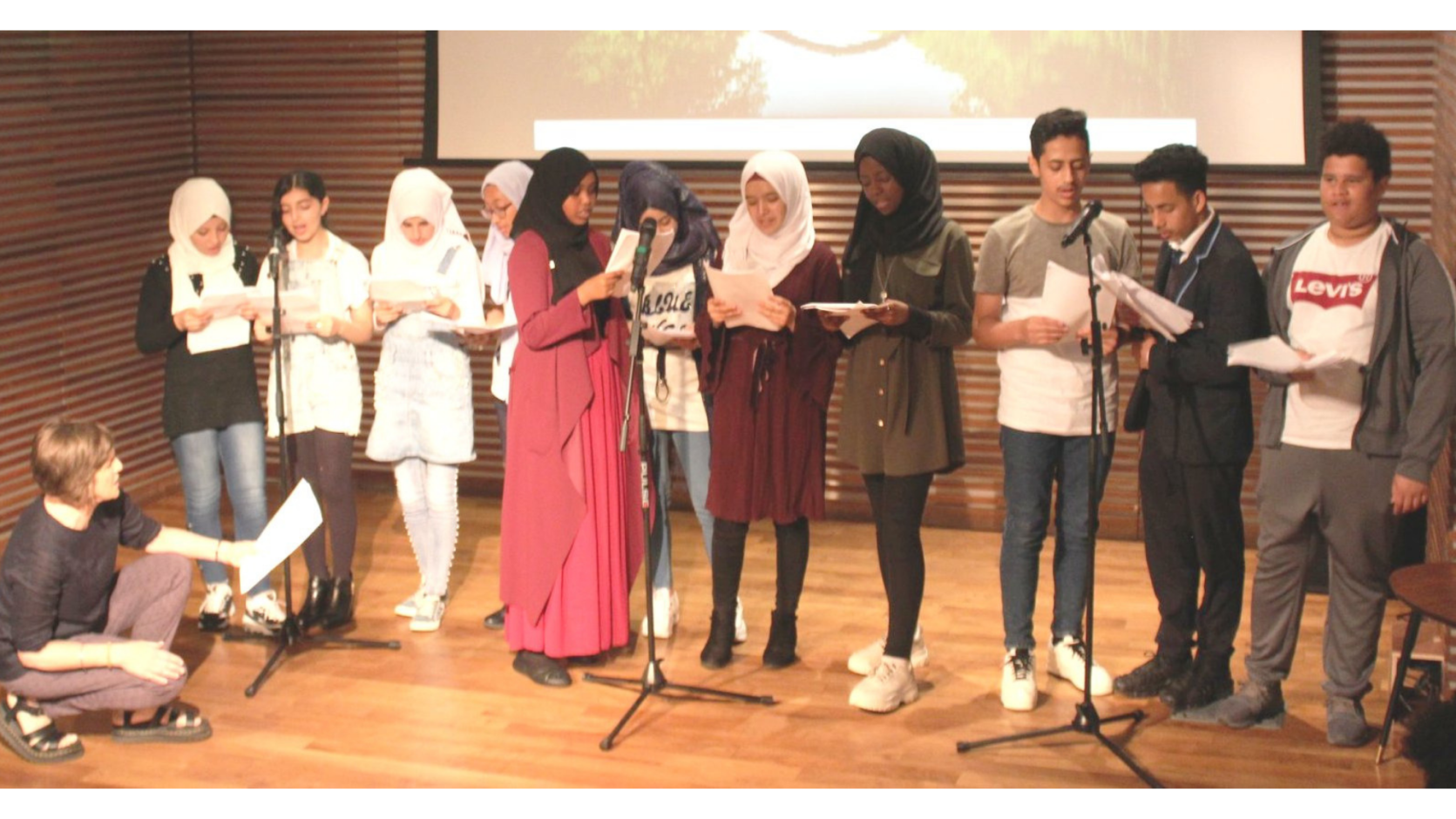 Word Bridges is an anthology of work by young refugee and migrant writers, created as part of the Royal Society of Literature’s 2019 RSL Literature Matters Awards, awarded to Rosemary Harris in partnership with English PEN and Salusbury World.

After featuring to acclaim in the 2018 Ten Pieces Prom at the Royal Albert Hall as Brave New Voices, the teenage writers from Capital City Academy showcased the work at an event at Free Word on 24 June 2019.