Workshops with WINGS: creative writing with young mums at Praxis 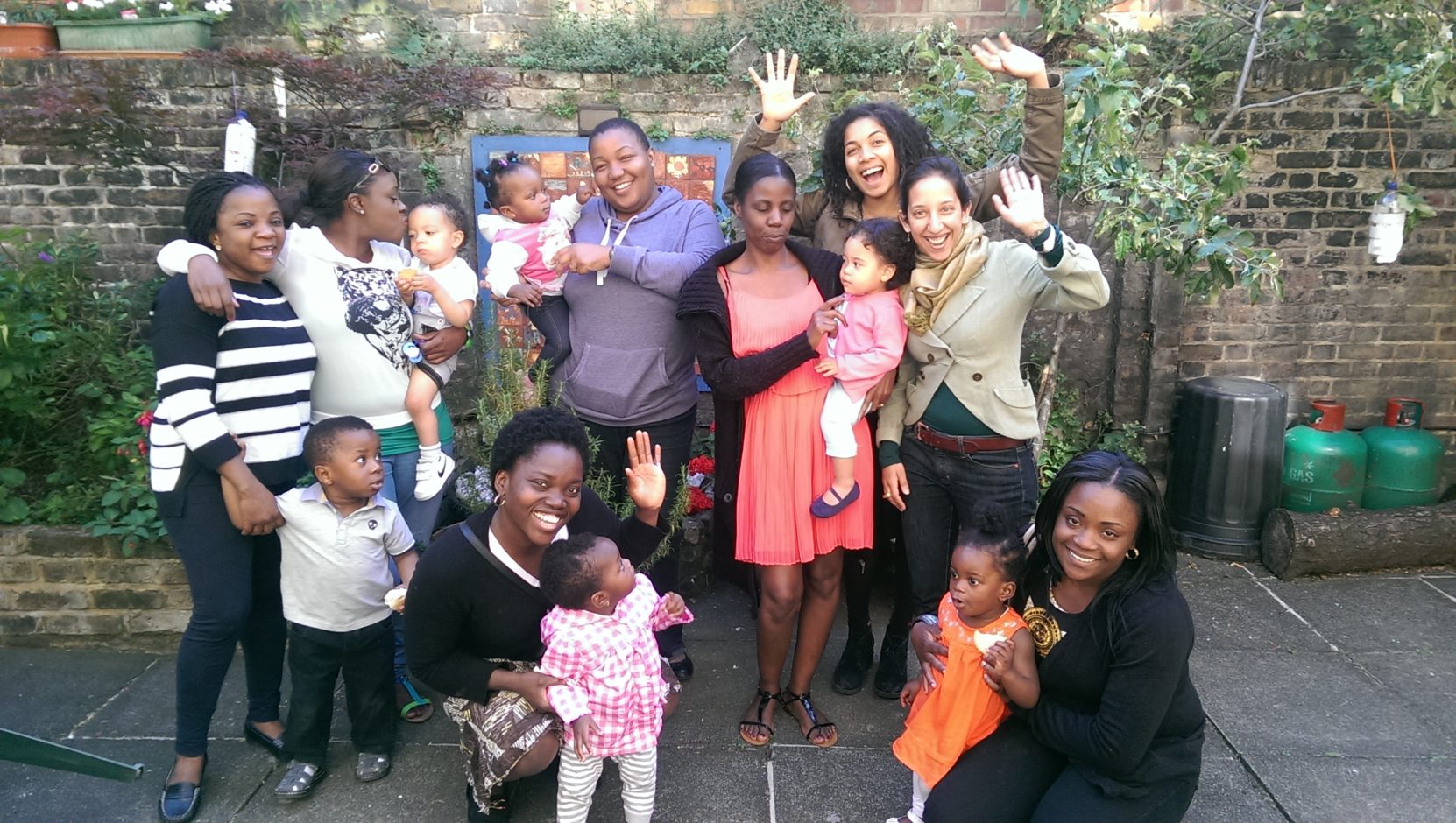 In Spring 2015, English PEN ran a series of workshops with WINGS, the young mums’ group at Bethnal Green-based migrant and refugee advocacy centre Praxis Community Projects. This was the first run of creative writing and translation workshops for Brave New Voices 2.0, a three-year project working with young refugees across London to celebrate multilingualism and mother tongues.

The workshop facilitator was writer, journalist and broadcaster Bidisha, whose most recent publication Asylum and Exile: The Hidden Voices of London is inspired by the stories of people she worked with during an outreach residency undertaken with PEN in 2012. Bidisha, the WINGS mums and their children met once a fortnight, sharing real and imagined stories about life in London and elsewhere.

On 12 May, award-winning young adult fiction writer Faïza Guène and her English translator Sarah Ardizzone visited the V&A Museum of Childhood with the group for a special feature workshop. The group focussed on creating characters, and had a lively Q&A with Faïza about writing, being a mum and her book Just Like Tomorrow (copies of which had been donated by Definitions, the UK publisher).

As summer approached, the group turned their attentions to the upcoming festival season and all the sun, good food, laughter and dancing that comes with it. Read some of the women’s poems, festival menus and thoughts on summer on these postcards:

‘The first thing I saw when I went to Praxis for my run of workshops this year was a heap of babies crawling, biting, playing and generally being too cute for words. That was when I realised it wasn’t going to be an ordinary set of writing sessions. Instead, the following months played out in a blur of literary inspiration, sisterly supportiveness, tough life lessons, maternal briskness and, more than anything great humour and wisdom. From the women, I mean. Not from me. The WINGS group may have come for the camaraderie – but I stayed for the talent I witnessed in every single one of the women, whether we were writing letters, poetry, affirmations or mottos, whether we were tackling romantic stories, making jokes or writing memoir. What struck us all during the sessions was the intense silence of concentration that would strike during the exercises, when everyone was writing. We amassed note-cards and exercise books of excellent work – but we also talked, about politics, about London, about life.

Every single one of the group’s members had a life story that was by turns inspiring, troubling, humbling and intriguing. Every single woman had overcome great odds in their home lives and their lives as citizens in the UK and were forging on and establishing themselves with a strength and focus, ambition, dignity and love which I found staggering and admirable. They channelled all this into their dedicated work at the writing sessions, but also the care and supportiveness they showed towards each other.

By the end of the workshops the babies were babies no more. Toothy, verbal, sturdy-legged and completely un-shy, they were little people with their own personalities. Neither I nor my students wanted the workshops to end; in fact, we felt we were only getting started. As any writer or reader will say, there’s always more writing to be enjoyed and absorbed, produced, performed and edited.

The greatest surprise of all came in the last session when the students complained that they hadn’t been given homework. I was heartbroken. I’d deliberately held back from giving out assignments because I thought my women had enough on their plate already. ‘Give us some homework’ are the four words every teacher, in any institution, in any city, in any country, longs to hear.’ – Bidisha

Huge congratulations to everyone who took part in the WINGS workshops, and thank you to the Limbourne Trust and AB Charitable Trust for funding them.