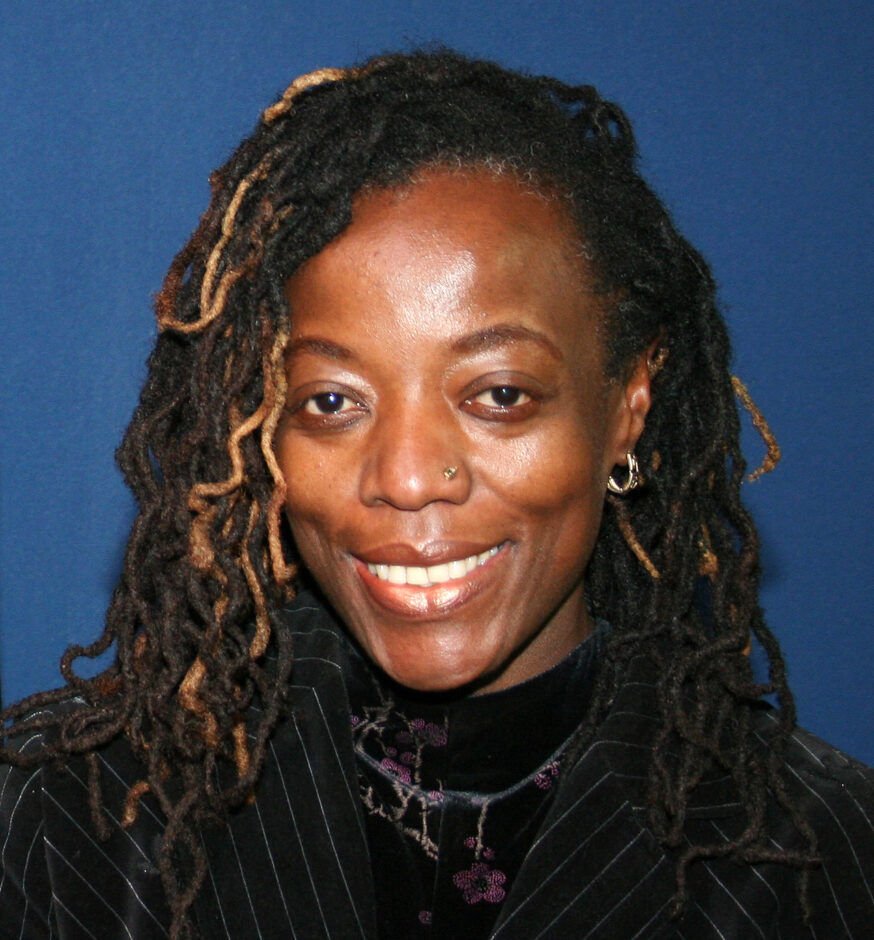 English PEN joins PEN International in calling for the immediate dropping of all charges against Zimbabwean author and filmmaker, Tsitsi Dangarembga.

PEN has received reports that Dangarembga was peacefully protesting corruption on Friday July 31, 2020 in Harare when she was arrested by members of the Zimbabwe Republic Police with neither warrant nor explanation. She was held overnight at the Borrowdale Police Station after which she was arraigned in court and released on cash bail of ZW 5,000 on August 1, 2020. She was further ordered to surrender her passport and report to the police every week. Her next court appearance is on September 18, 2020.

‘In a bizarre turn of events that could be part of a surreal novel, Tsitsi Dangarembga was arrested for peacefully expressing her opinion over rising corruption in Zimbabwe, and then released as if the government was being magnanimous. She was arrested because she said on social media: Friends, here is a principle. If you want your suffering to end, you have to act. Action comes from hope. This the principle of faith and action – which the government confused for ‘insurrection.’ Zimbabwe’s authorities need to get not only their semantics but also their understanding of human rights and free expression right. They must drop all charges against Dangarembga, long listed for the Booker Prize this year, and against all others protesting peacefully against the government. As writers around the world, we urge the authorities to act as per the law and the constitution and respect rights, so that Dangarembga, Zimbabwe’s national treasure, can continue doing what she too would rather prefer to do – tell us stories so that we understand our world better.’

‘Booker-longlisted author Tsitsi Dangarembga is an internationally acclaimed novelist and filmmaker who has long called out injustice. We stand in solidarity with her and the other journalists and activists in Zimbabwe arrested for protesting peacefully and join in calling for the charges against her to be dropped immediately and unconditionally.’

Please send appeals to the authorities of the Republic of Zimbabwe urging them to:

Please send your appeals immediately to:

Tsitsi Dangarembga is an award-winning Zimbabwean novelist and filmmaker. Her novel, This Mournable Body, was recently longlisted for the 2020 Booker Prize. Since the arrest of award-winning journalist Hopewell Chinono two weeks ago, Tsitsi Dangarembga had expressed fear of arrest on social media. On July 31, 2020, she was peacefully protesting corruption when plain clothes police officers arrested her without stating the charge. Subsequently, she was detained overnight at the Borrowdale Police Station in the capital Harare.

The following day, Saturday August 1, 2020 she was arraigned in court where she was charged with incitement to commit violence and breaching anti-coronavirus health regulations. She was released on bail and ordered to attend court on September 18, 2020. She was ordered to surrender her passport to the authorities and to report to a police station every week until her next appearance in court.

Freedom of Expression in Zimbabwe

Tsitsi Dangarembga’s arrest and prosecution are part of a coordinated crackdown by the Zimbabwe authorities on those speaking out against alleged cases of high-level corruption in which government and state officials are suspected of culpability. In recent weeks, several journalists, peaceful protest organisers and participants in planned peaceful protests have been arrested, detained and charged in court.

The Zimbabwe Constitution expressly guarantees the right to freedom of expression, which includes the freedom to protest government failure to act in the public interest. However, retention of restrictive laws undermines Zimbabwe’s constitutional guarantees in practice. Tsitsi Dangarembga, as were many others, was arrested for expressing support and participating in the planned and peaceful anti-corruption public protests on July 31, 2020. Like her compatriots arrested for the same reasons, she was charged with inciting public violence and violating Covid 19 control regulation in what is becoming a trend of arbitrary application of the law by the authorities to criminalise free speech and expression.

Although during his inauguration as President of Zimbabwe Emmerson Mnangagwa pledged to reinforce the pillars of democracy, in reality, freedom of expression continues to be under attack under his administration. Journalists and other dissenting voices are frequent victims of intimidation and assault by security agencies and political operatives; arbitrary arrest and detention and judicial harassment. It is also common for individuals to be arrested for critical posts on social media.