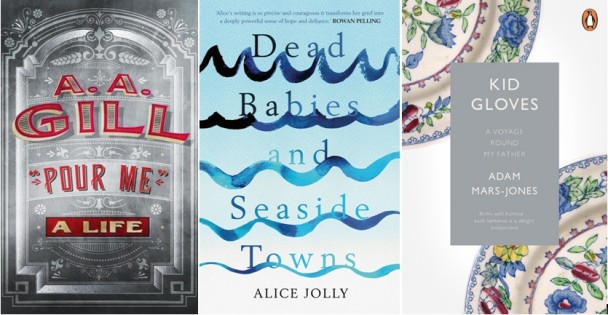 The PEN Ackerley prize was established in memory of Joe Randolph Ackerley (1896-1967), the author and long-time literary editor of The Listener magazine. The prize is awarded annually to a literary autobiography of outstanding merit, written by an author of British nationality and published in the UK in the previous year. The PEN Ackerley prize is judged by biographer and historian Peter Parker (chair), writer and painter Colin Spencer, author Georgina Hammick and historian and biographer Richard Davenport-Hines.  The winner receives a cheque for £3,000.

This year the judges called in 26 books, from which they drew up a longlist of eight titles. As usual, the range of books and authors was encouragingly diverse. Among those whose autobiographies we considered were novelists, playwrights, journalists, naturalists, painters, potters, priests, radio presenters, politicians, rock stars and farmers. As usual, family life in its many varieties was well represented, with  – and this must be a record –  three books about having a gay father. After a great deal of discussion we  decided upon a shortlist of three thoroughly engaging and beautifully written books, all of which we enthusiastically commend to readers.

The winner will be announced on Tuesday 12 July  at a special prize event at the Free Word Centre, 60 Farringdon Road, London, EC1R 3GA