Skip to content
Home > Campaigns > Bahrain: Theresa May urged to use influence to end repression in Bahrain

Bahrain: Theresa May urged to use influence to end repression in Bahrain 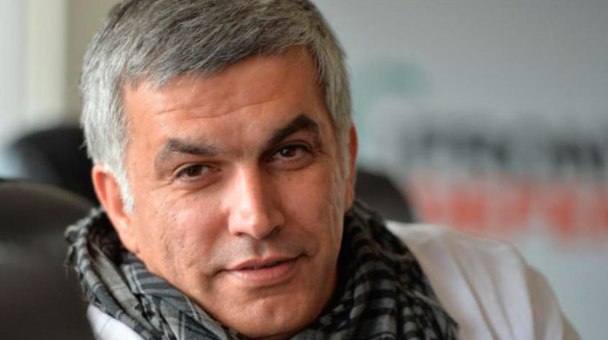 The undersigned organisations are writing to you in advance of your trip to Bahrain on December 6, to express our concerns over the deteriorating human rights situation in the country and the UK government’s abject failure to exert any positive influence in this regard.

After your meeting with King Hamad at 10 Downing Street on October 26, 2016, when he invited you to be the ‘guest of honour’ at the Gulf Cooperation Council Leaders’ Summit, your office issued a statement referring to ‘the progress that had been achieved through the King’s ongoing domestic reform programme.’

Unfortunately, there is no evidence to support any claims of progress where human rights is concerned. In fact there has been a marked deterioration in the human rights situation in Bahrain since June 2016, when the authorities dissolved the main political opposition group, al-Wifaq, jailed the country’s leading human rights activist, Nabeel Rajab, and harassed and prosecuted Shia clerics who peacefully protested the arbitrary revocation of the citizenship of al-Wifaq’s spiritual leader, Sheikh Isa Qasim.

In November, authorities charged Ebrahim Sharif, a prominent political activist, with ‘inciting hatred of the political system’ after he criticized Bahrain’s government and a state visit to Bahrain by Britain’s Prince Charles, which was undertaken at the request of the British government. Although authorities have reportedly dropped these charges against Sharif, Nabeel Rajab remains detained on spurious charges and the government has denied his requests to be freed on bail while judicial proceedings continue. He faces charges that on the face of it solely relate to his peaceful criticism of Bahraini government policies, including Bahrain’s participation in the Saudi-led coalition’s airstrikes in Yemen and alleged torture of prisoners in the country’s largest prison. It is extremely disappointing that the UK has not called for Nabeel Rajab’s release, or indeed the release of any dissidents who are in jail solely for expressing their rights to free expression and assembly.

In response to a Freedom of Information request submitted by the Bahrain Institute for Rights and Democracy in April 2015, the UK Foreign and Commonwealth Office (FCO) stated that the UK has provided the Bahraini authorities with a package of technical assistance, funding, and training, ‘focused on strengthening the oversight mechanisms responsible for investigating allegations of torture and mistreatment and supporting the reform of detention procedures in Bahrain.’ However, as a November 2016 report by Amnesty International and a 2015 report by Human Rights Watch made clear, authorities have made little progress in holding officials accountable for the mistreatment and torture of detainees. According to Amnesty International, ‘the UK government’s portrayal of the Ombudsman and the Special Investigations Unit as model institutions is utterly disingenuous.’

We also have concerns that Bahrain may soon break a five-year de facto moratorium on the death penalty. Mohammed Ramadan and Husain Ali Moosa are both facing the death penalty despite the fact that their convictions hinge almost entirely on confessions that they retracted and which they claim were extracted after torture. In the case of Mohammed Ramadan, investigation by Reprieve and the Bahrain Institute for Rights and Democracy (BIRD) demonstrated that the Ombudsman sent misinformation to the FCO, claiming not to have received torture complaints, a false claim that FCO Minister Tobias Ellwood then repeated in response to a written question from Tom Brake MP.

Your status as the guest of honour at this summit is a clear reflection of the close alliance that the UK government now enjoys with the government of Bahrain and the other Gulf Cooperation Council states.

The Bahraini authorities’ orchestrated attack on the rights to free expression, assembly and association, has seriously undermined the prospects of a political solution to Bahrain’s domestic unrest. If your government is serious about its commitment to encouraging reform and dialogue, you should use this influence to press the government of Bahrain to put an immediate stop to this repression. We urge you in particular, as part of this trip, to urge your Bahraini hosts to release Nabeel Rajab and other the political detainees without whom no process of dialogue will be possible.