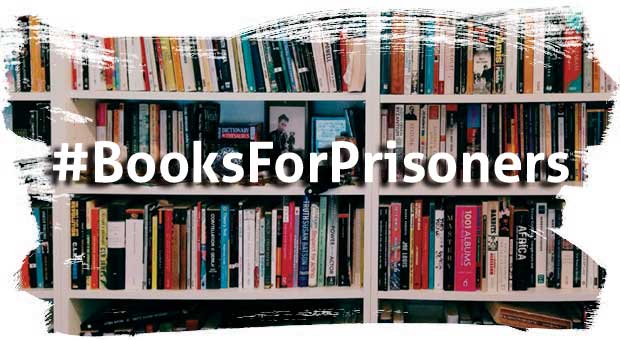 Friends and families are now able to send books to loved ones in prison in England and Wales following the revision of the Incentives and Earned Privileges Scheme (IEPS). A new annex detailing the conditions of sending and handing in books states that friends and families will be able ‘to order books from approved retailers, who will source and send the books on to prisoners’.  The full annex is available online here (p 65)

This is a long-awaited happy ending. It has been clear to our supporters from the very start that this was a misguided policy and yet the government chose to ignore all protests to lift the restrictions, until they were pronounced unlawful in court. This is a campaign that has affirmed for us all the value and necessity of reading. No one should be denied the very widest possible access to literature.

We welcome this outcome, and we welcome the recognition that books can be a joy but also a life-saver when you are locked up for many long lonely hours in a cell.

It is wonderful news that families and friends will now be able to order books to send in to loved ones.

The restrictions on sending books for prisoners, which had been in place since November 2013, were seen to be part of a wider crackdown on what ministers described as prisoners’ ‘perks and privileges’. In December 2014 they were declared unlawful by the High Court with Mr Justice Collins, who was presiding over a judicial review brought by Barbara Gordon-Jones, a prisoner based at HMP Send, ruling that categorising books as ‘a privilege is strange’. English PEN and the Howard League are indebted to Gordon-Jones and her lawyer Samuel Genen for bringing the case against the Secretary of State for Justice, Chris Grayling.

The Books for Prisoners campaign has seen thousands of people unite to protest a misguided policy – including prisoners and their families, leading writers, and the general public – and has led to hundreds of books being donated to prisoners and prison libraries.

Join English PEN on 25 February to celebrate the success of the Books for Prisoners campaign and the launch of the 2015 edition of our annual prison writing collection.