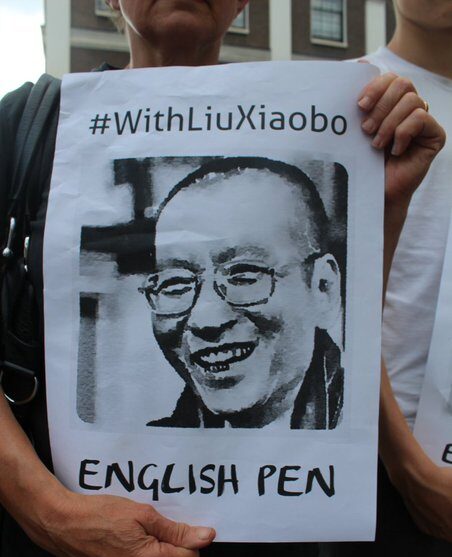 Ten years has passed since writer and activist Liu Xiaobo, a founding member and former President of the Independent Chinese PEN Centre, was awarded the Nobel Peace Prize in recognition of ‘his long and non-violent struggle for fundamental human rights in China’.

Arrested in 2008 for signing the Charter 08 manifesto, Liu Xiaobo was held incommunicado under pre-trial detention before being formally charged with ‘inciting subversion of state power’ and sentenced to eleven years in prison. A key case of concern for PEN centres around the world, Liu Xiaobo spent the final eight years of his life in Jinzhou prison in Northeast China, with little or no access to family, friends or colleagues. He died in police custody in 2017.

To mark the anniversary and this year’s Human Rights Day, PEN International have launched the Liu Xiaobo Anniversary Campaign, a commemoration of his life, his contribution to Chinese literature, and his selfless work promoting basic freedoms in the People’s Republic of China (PRC).

The campaign will also highlight the cases of fellow writers and activists who are currently detained by the PRC government.

Kunchok Tsephel Gopey Tsang is a Tibetan writer, language teacher and human rights defender. In 2009, he was charged with ‘disclosing state secrets’ at a closed hearing and sentenced to 15 years’ imprisonment.

Australian novelist, blogger and political commentator Yang Hengjun was abducted by the security services in January 2019. In October 2020 he was formally charged with espionage and, if convicted, faces a potential sentence ranging from three years’ imprisonment to the death penalty.

Qin Yongmin is a writer, member of the Independent Chinese PEN Centre (ICPC), and lifelong human rights defender. Qin was detained for three years before being sentenced to 13 years’ imprisonment in July 2018.

Ahead of the anniversary on 10 December, PEN members around the world are coming together to raise awareness of these writers and to call for their release. Please join us.

As a founding member and former president of the Independent Chinese PEN Centre, Liu Xiaobo will always be remembered by the PEN community for his selfless work inspiring others through his writing. In recognition of his peaceful struggle for human rights in the PRC, Liu Xiaobo was the first Chinese citizen to win the Nobel Peace Prize in 2010. Xiaobo was denied the ability to receive the award in person by his own government, who saw his selfless work to improve the lives of others as a threat to their monopoly on power.