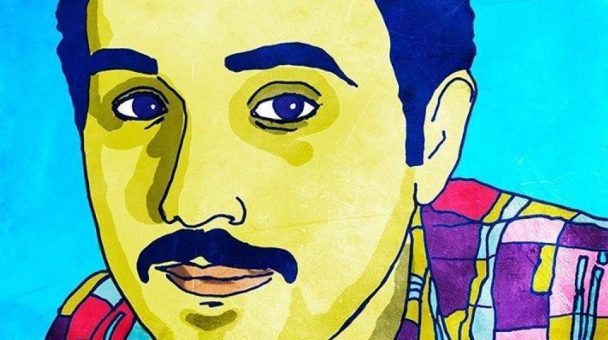 Novelist and journalist Ahmed Naji is currently serving a two-year prison sentence for ‘violating public modesty’ in relation to the publication of excerpts from his 2014 novel Istikhdam al-Hayat (The Use of Life) in Akhbar al-Adab magazine, also in 2014. Naji has now served almost eight months of his sentence.

Two motions for a stay of execution filed by his lawyers have been rejected. A successful stay of execution would have allowed Naji to be free pending his appeal, for which a date has not yet been set, despite it being filed in late April. PEN believes that Naji’s imprisonment is a violation of the right to freedom of expression, as provided for under Article 19 of the International Covenant on Civil and Political Rights, to which Egypt is a state party, and under articles 65 and 67 of Egypt’s constitution, which guarantee freedom of thought and opinion and freedom of artistic and literary creation.

Naji’s case is illustrative of Egypt’s increasing crackdown on freedom of expression that has not only targeted journalists and other media outlets, but has been accompanied by restrictions on cultural houses, including several raids on a publishing house and an art gallery in 2015 as well as charges against other writers.

Share details of Ahmed Naji’s case with your friends and colleagues on social media. (Please use the hashtags #ImprisonedWriter and #FreeNaji)

If you would like to write to Ahmed Naji, please email [email protected] and we will pass your messages on.

Read an extract of Ahmed’s writing, translated by Ben Koerber, on Arabic Literature (in English)

Ahmed Naji is an Egyptian novelist and journalist who was born in Mansoura in 1985. He is the author of three books, Rogers (2007), Seven Lessons Learned from Ahmed Makky (2009), and The Use of Life (2014), as well as numerous blogs and other articles. He is also a journalist for Akhbar al-Adab, a state-funded literary magazine and frequently contributes to other newspapers and websites.

In 2014, Naji’s novel, The Use of Life ( الحياة استخدام) (Dar al-Tanweer, Beirut), was serialised in Akhbar al-Adab. Chapter six narrates an experience of sex and drug use. The chapter can be read here. The Use of Life has been described as a hybrid between graphic novel and prose fiction. Sex and sexuality are one of the major themes, narrated through the story of Bassam, a man lost inside a ‘spider web of emotional frustration and failure.’ As with any foreign printed book, it was approved by the Publications Censorship Authority before any copies were permitted to enter Egypt through the ports.

On 31 October 2015, a complaint was lodged at the Criminal Court by a reader in relation to chapter six.  The complainant claimed that his heartbeat fluctuated and blood pressure dropped while reading the chapter. Naji, alongside editor of Akhbar al-Adab magazine Tarek El Taher, was charged with publishing ‘obscene sexual content’ and ‘defaming public morals’, under Article 178 of the Penal Code which criminalises content that violates public morals.

Naji was originally acquitted at a hearing on 2 January 2016; however, the prosecution appealed the acquittal and he was sentenced on 20 February 2016 to two years’ imprisonment by a court in Cairo. The court also fined El Taher approximately $1,250. Naji was arrested at the hearing and immediately transferred to prison. His lawyers entered a plea to suspend his sentence on 1 March 2016, but this was rejected. On 7 March the court released the reasoning behind its verdict, which according to the Tahrir Institute for Middle East Policy stated that creative expression is limited by religion, tradition, and moral values. On 16 July, the Bulaq Abu al-Aila Misdemeanor Appeals Court ruled against Naji’s motion for a stay of execution for his sentence, and again on 27 August.

Article 65 of Egypt’s Constitution guarantees freedom of thought and opinion, and article 67 guarantees freedom of artistic and literary creation. However, article 178 of the Penal Code provides for up to two years’ imprisonment and a fine for making, holding, distributing, leasing, pasting, or displaying ‘printed matter, manuscripts, drawings, advertisements, carved or engraved pictures, manual or automatic photographic drawings, symbolic signs or other objects or pictures in general, if they are against public morals’.

Over 500 Egyptian writers and artists have signed a statement in solidarity with Naji, and over 120 international writers, editors and artists joined a PEN America statement calling on President Sisi to drop the charges against Naji, and to release him immediately. PEN America also awarded him the PEN/Barbey Freedom to Write Award in May 2016. Also in May 2016, an international day of readings was held for Ahmed Naji, with several PEN Centres, including English PEN, participating.

The situation for freedom of expression in Egypt has been on the decline in recent years. PEN has been monitoring many cases of writers and journalists who have been jailed solely for exercising their right to freedom of expression, association, and assembly including during journalistic or human rights work. For example, in January 2016, the poet Fatima Naoot was sentenced to three years’ imprisonment on charges of ‘contempt of Islam’ and ‘disturbing public peace’ for a comment made on Facebook criticising a traditional Islamic celebration. In the same month, poet Omar Hazek was banned from leaving Egypt to accept a PEN/Oxfam Novib award for freedom of expression.  Author Karam Saber and Facebook user Karim al-Banna have both received prison sentences in separate cases for expressing their opinions on religion.

Restrictions on freedom of expression in Egypt have also been accompanied by a crackdown on cultural houses, including several raids on a publishing house and an art gallery in late 2015 as well as on human rights defenders, with NGO workers repeatedly being summoned for questioning, banned from travelling and having their assets frozen. For example, female activist Mozn Hassan was banned from travel in June 2016 as she tried to leave Egypt to attend a human rights convention.