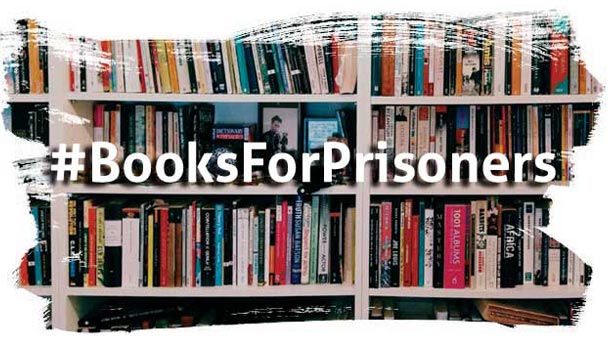 English PEN has been at the forefront of the campaign, in partnership with the Howard League for Penal Reform, calling for lifting restrictions on families and friends sending books to their loved ones in prison. The policy, which was first introduced in November 2013 by the then Secretary of State for Justice Chris Grayling as a crackdown on prisoners’ ‘perks and privileges’, brought prisoners, authors, and members of the public together in protest. We are pleased and relieved that Michael Gove has seen fit to reverse these unfair and unworkable restrictions.

In a statement announcing the change of policy, Mr Gove stated:

We have more than 80,000 people in custody. The most important thing we can do once they are in prison is make sure that they are usefully employed and that they get the literacy and numeracy and other skills they need for success in work.

One of the big influences on my thinking on social policy is Arthur Brooks of the American Enterprise Institute.

He believes that we should see all human beings as assets, not liabilities. I agree. Every individual has something to offer, every one of us can earn respect.

People who are currently languishing in prison are potential assets to society. They could be productive and contribute. If we look at them only as problems to be contained we miss the opportunity to transform their lives and to save ourselves and our society both money and pain.

All of us suffer when people leave prison and then reoffend, all of us benefit when individuals are redeemed.

The changes will allow families and friends to send books directly to their loved ones in prison, rather than having to go via an approved retailer. The implications in terms of cost and the ability to personalise the package one sends will mean an enormous amount to both parties. Furthermore, the limits on the number of books prisoners can keep in their cells – previously a total of 12 books unless the prison governor had allowed for more – have been relaxed, and prisoners will be allowed as many books as they like, so long as they do not exceed the limits on the volume of personal possessions permitted. These changes are due to come into effect from 1 September 2015. English PEN will be continuing to monitor the situation closely to ensure that they do.

Whilst the restrictions on sending books to prisoners were initially declared unlawful by the High Court in December 2014, following a judicial review brought by Barbara Gordon-Jones, a prisoner based at HMP Send, and her lawyer Samuel Genen, they were not entirely rescinded. As of 31 January 2015, friends and families have again been able to send books to loved ones in prison in England and Wales following the revision of the Incentives and Earned Privileges Scheme (IEPS) but are only able ‘to order books from approved retailers, who will source and send the books on to prisoners’. Whilst English PEN welcomed the long-awaited revisions, we remained concerned that just four retailers – Blackwell’s, Foyles, Waterstones and WH Smith – received official approval and that it was impossible for people to send books directly. Of further concern was the delay in disseminating the updated information on the restrictions to prison staff: months after the restrictions were lifted we were still receiving complaints from family members whose books had been returned, despite having been sent via one of the approved retailers.

We welcome the scrapping of a misguided and harmful policy. A more humane approach that recognises the invaluable benefit of access to books was overdue.

A huge thank you to everyone that has supported the Books for Prisoners campaign.