Skip to content
Home > Campaigns > Letter: Rushing the Investigatory Powers Bill is not in Britain’s interest

Letter: Rushing the Investigatory Powers Bill is not in Britain’s interest 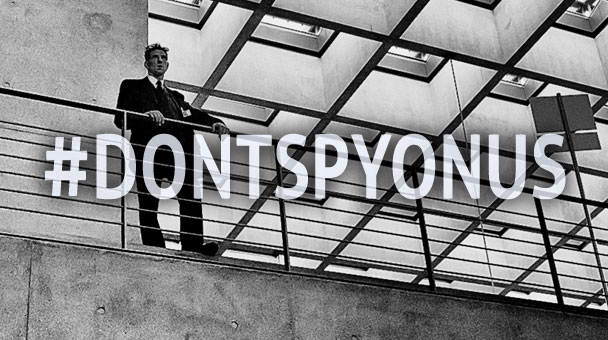 The letter notes that three parliamentary committees have all concluded that the draft Investigatory Powers Bill “does not meet the requirements of clarity, consistency and coherence”.

Given these recommendations, the Government’s intention to pass the Investigatory Powers Bill this year is not in the nation’s interest. There is no need to be bound by this time frame. The powers, which expire this year, to give law enforcement access to data could be dealt with as a separate Bill. This would allow a comprehensive Investigatory Powers Act to follow next year after adequate consultation.

Surveillance is a global concern, and this new law, if done right, could lead the world. It will affect security, freedom and commerce. We must give the Bill the time it needs – not rush it through Parliament. We urge the Government to think again.

A key concern of the Don’t Spy On Us campaign, of which English PEN is an executive member, is that the security services have yet to make the operational case for mass surveillance powers.  In an article published today in The Times (£), Bill Binney, a former technical director of the NSA, argues that the bulk spying powers proposed in the draft bill will actually hinder the security services fight terrorism and other serious crime.  He writes:

GCHQ’s bulk collection does not work. By scanning every single person’s communications and profiling everyone’s web browsing habits, GCHQ is overloaded with data and false targets.

Last week the Don’t Spy On Us campaign published The Investigatory Powers Bill: How to make it fit for purpose, an analysis of the recommendations of the three parliamentary committees.