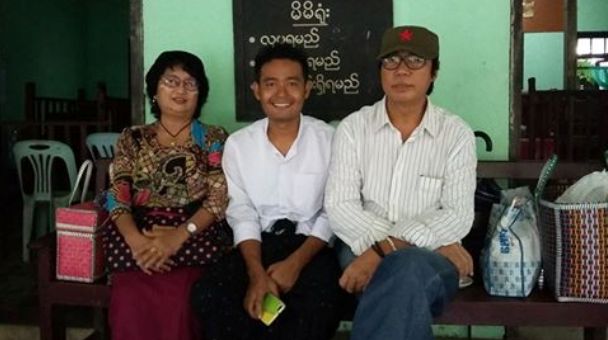 English PEN warmly welomes the news that poet and PEN Myanmar member Maung Saung Kha has been released from prison.

Maung Saung Kha was arrested on 5 November 2015 on charges of criminal insult (under Article 505 of the Penal Code and Article 66(d) of the Telecommunications Law) in connection with a verse he posted on social media suggesting that he had a tattoo of the president on his penis. In a verdict delivered on 24 May 2016, the judge sentenced Maung Saung Kha to six months in prison and released him for time served.

I’m glad I can go home freely, but I’m disappointed about the verdict… Even though we have a democratically elected government, the verdict was like from the old days.

Maung Saung Kha has been a key case of concern for English PEN and was among the international writers to be featured at the inaugural English PEN Modern Literature Festival for which he was paired with the poet Harry Man. Watch Harry’s performance here.

Thank you to our colleagues at PEN Myanmar for keeping us informed and to everyone that has taken action on behalf of Maung Saung Kha. If you would like to send him a message to welcome his release please do so via the comments box below or email [email protected]