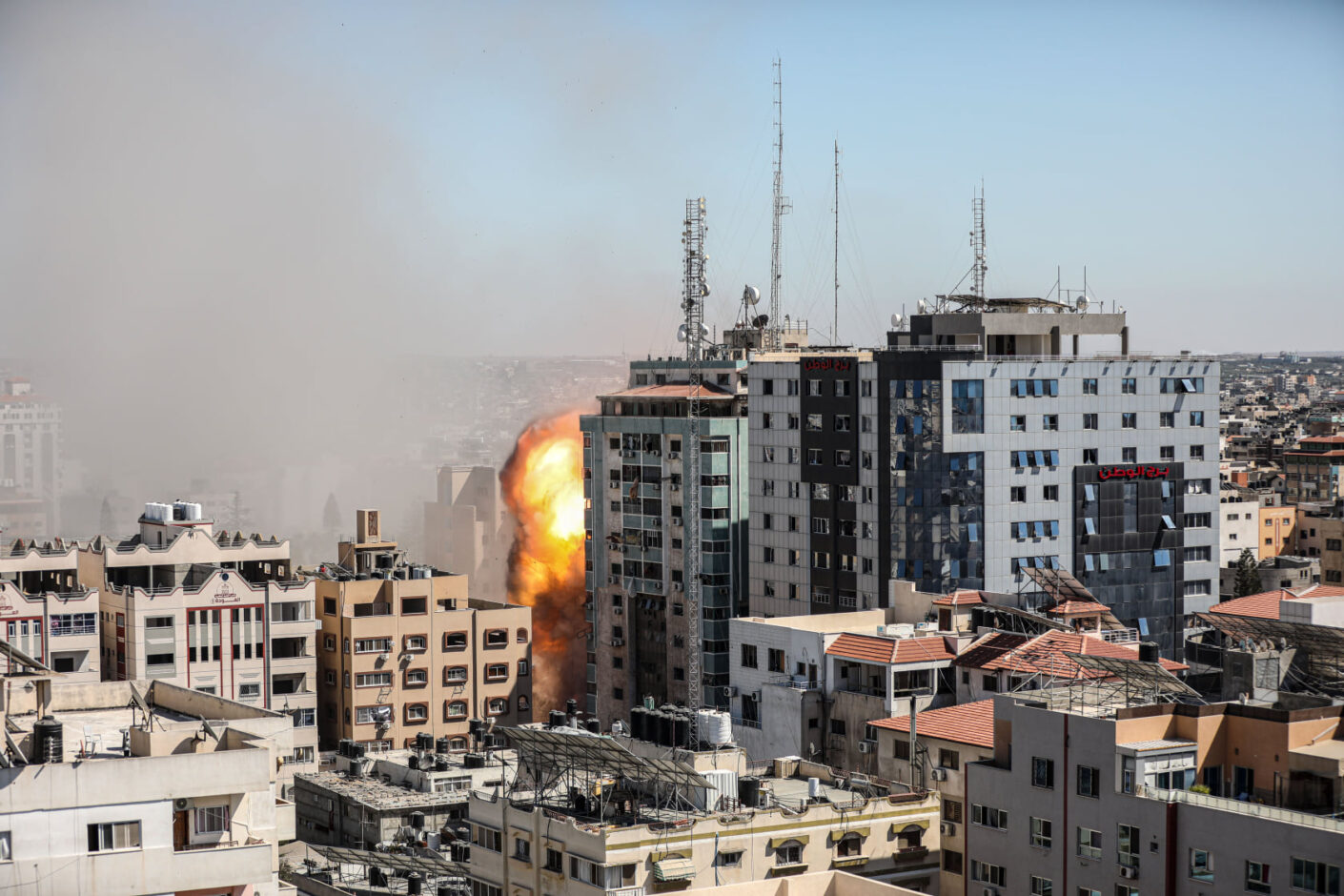 PEN International is appalled by the horrific loss of civilian lives in the occupied Palestinian territory (oPt) and Israel. We mourn the deaths of at least 241 Palestinians, including 67 children, and at least 12 Israelis, including two children. PEN strongly condemns the destruction by Israeli forces of cultural institutions like the Samir Mansour bookstore and the raiding and damage to the Dar Yusuf Nasri Jacir for Art & Research, an arts and culture centre in the West Bank town of Bethlehem. Assaults and destruction of cultural institutions and media outlets could amount to war crimes and require a thorough and independent investigation.

PEN International urges the International Criminal Court (ICC) prosecutor to include the recent attack against media offices and cultural institutions in Gaza in her investigation with respect to the situation in Palestine. PEN International fears that Israeli authorities may have committed war crimes by conducting airstrikes that deliberately targeted a building which contained the offices of media outlets located in the Gaza strip.

“It is only a government that does not want the world to know what it is doing, which goes about bombing a building from where journalists operate because they are reporting the story that the government wants to hide. Truth is what such a government seeks to suppress; propaganda is what it wishes to disseminate. In attacking the building with Al Jazeera and the Associated Press offices, the Israeli Government has reached a new low. In forcing big tech companies to censor hashtags that interfere with its narrative, the Israeli Government becomes exactly what it claims to defend itself against. Israel may hold elections, but it has jailed poets, threatened journalists, and now, bombed newspaper offices.”

Since 10 May 2021, Israeli authorities intensified their military campaign on the Gaza strip, targeting dozens of the enclave’s high-rise buildings under the pretext of destroying Hamas’s military infrastructure. However, Israeli airstrikes have targeted three buildings that housed numerous local and international media outlets.

On 12 May 2021, the Israeli authorities intentionally targeted the Al-Jawhara office building in the middle of Gaza, causing severe damage to the building and nearby buildings. The building housed several media agencies, including Felesteen newspaper, the local APA agency, Iraq’s Aletejah TV, Jordan’s  Al-Mamlaka TV, London based Al-Araby TV and Syria TV. Other media outlets, such as Al Jazeera, reported damage to their offices located in neighbouring buildings. PEN International has previously condemned the targeting of the Al-Jawhara building that houses at least 13 media outlets, stressing that deliberate targeting of media officer is a serious violation of freedom of expression. On the same day, the Israeli airstrikes levelled the 16-store al-Shorouk tower located in the al-Rimal area, west of Gaza city. The building contained the offices of at least four local media outlets and media production companies.

On 15 May 2021, Israeli airstrikes flattened the 12-story Al-Jalaa building, alleging that Hamas used it for military purposes. The building has been home to many local and international media outlets, including AP and Al Jazeera. US-based CNBC reported that the AP’s top-floor office and roof terrace were a prime location for covering Israel’s conflicts with Hamas, including wars in 2009 and 2014. In response to the attack, the AP’s CEO, Gary Pruitt, said that “the world will know less about what is happening in Gaza because of what happened today.”

PEN International joins international organisations in condemning these attacks on freedom of expression and demands a thorough investigation into possible war crimes that may have been committed in Gaza and other parts of the Occupied Palestinian Territory.

The Moment Of The Bombing Of The “Galaa” Tower Which Contains Dozens Of Global Journalistic Offices In Gaza.