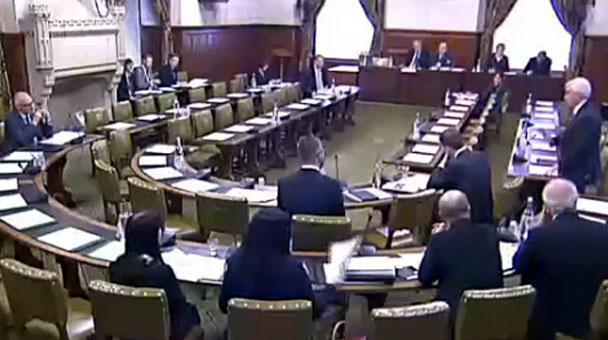 Opening the debate, Mr McDonald spoke out against the harsh sentence of 10 years imprisonment, 1000 lashes and a 1 million riyals fine, and praised Raif Badawi’s writings as representing “the values of freedom and progress that inspire so many people across the world.”

Responding for the Government, Tobias Ellwood MP (Conservative, Bournemouth East), Parliamentary Under-Secretary of State in the Foreign & Commonwealth Office, assured members that the government continually expresses concern about human rights abuses, including the prosecution of Raif Badawi, “at all levels”.  He undertook to make representations to the government of the Kingdom of Saudi Arabia, requesting that a human rights NGO be allowed to visit Raif Badawi in prison.  Mr Ellwood also said that the UK government “strongly condemns the sentence that has been handed down” to Raif Badawi.

You can watch the debate on the parliamentlive.tv site, or via the embedded player below.

Raif Badawi remains in prison and under constant threat that further lashes will be administered.  Hundreds of activists have been signing a pledge to protest outside the embassy of the Kingdom of Saudi Arabia in the event that the floggings resume.  You can add your name to the pledge by following the link below.

Pledge to protest for Raif Badawi