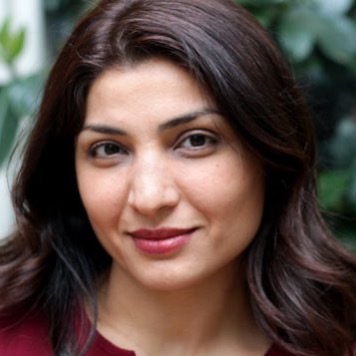 UPDATE (27 September 2021): Writer Nurcan Kaya has been found guilty of ‘making terrorist propaganda’ and sentenced to 1 year and 3 months in prison. The court deferred the sentence on condition that she be on probation for five years – meaning that if she repeats the ‘crime’ or commits another one of any kind within the next five years, she could be sent to jail. English PEN is deeply concerned about the chilling effect of the deferral on Kaya’s right to freedom of expression and calls for the conviction to be overturned.

Writer, lawyer and human rights defender Nurcan Kaya faces up to seven-and-a-half years in prison over her social media posts. A verdict is expected to be announced at the next trial hearing on 27 September. PEN calls on the authorities to drop all charges against Kaya and to stop using overbroad anti-terrorism laws to silence writers and journalists who peacefully express their views.

Nurcan Kaya was detained at Istanbul airport on 27 October 2019. She was released after interrogation and initially placed under a travel ban, which was subsequently lifted. She was charged with ‘making terrorist propaganda’ under Article 7/2 of Anti-Terror Law No. 3713, for 19 social media posts published on her Twitter and Facebook accounts from 2016 onward. The posts, which notably mention Turkey’s military operations in Syria and mostly criticise state violence and human rights violations, do not in any way promote or incite violence. The case is reminiscent of that of writer Yavuz Ekinci, who also faces up to seven-and-a-half years in prison on trumped-up terrorism charges for his social media posts.

Nurcan Kaya is a lawyer specialising in human rights – in particular minority rights, equality, and anti-discrimination remedies under international human rights and European Union law. She has authored several reports and articles on minority rights, including Forgotten or Assimilated?: Minorities in the Education System of Turkey, published in 2009. She is currently a columnist for Artı Gerçek, focusing on a wide range of issues, including women’s rights, peaceful protest, and minorities. She lives in Diyarbakır, southeastern Turkey.

PEN has repeatedly condemned the Turkish authorities’ use of overbroad counter-terrorism laws to target dissenting views, including online. Tens of thousands of people have been facing arrest and prosecution for their social media posts in recent years, typically charged with defamation, insulting the president, or making terrorist propaganda.

PEN calls on the Turkish authorities to take all necessary steps to guarantee freedom of expression online and offline, to decriminalise defamation, and to align Turkey’s counter-terrorism laws with international standards.