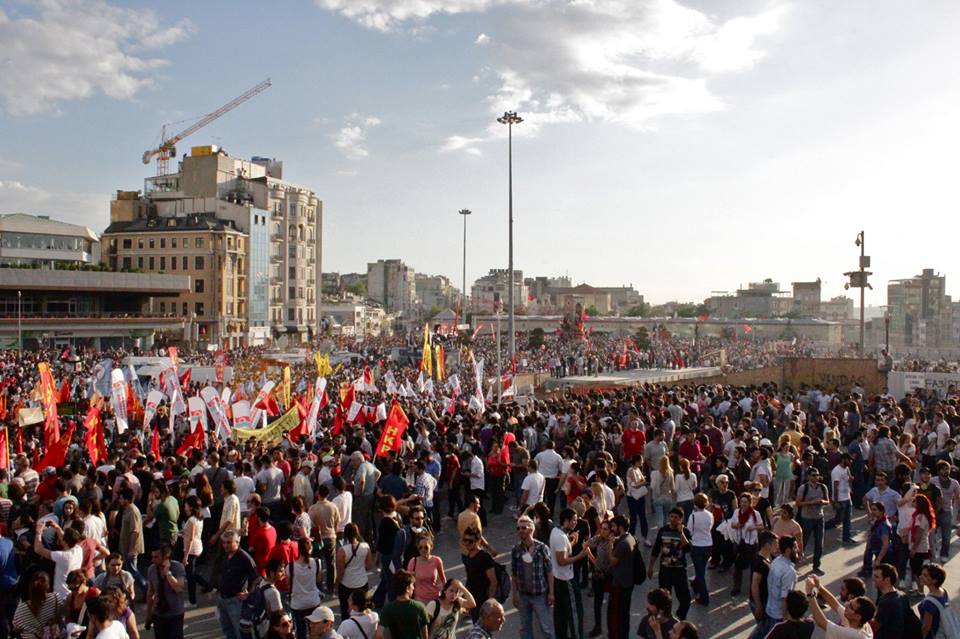 The ‘Solidarity Park Poetry’ project encourages poets from all over the world to show their support for writers and protesters currently demonstrating in Turkey through their own writing. Inspired in part by this English PEN blog post by Turkey researcher Alev Yaman and writer Erda Halisdemir, the editors are inviting writers to send poems in solidarity to be published on their dedicated website. Contributors so far include K. Satchidanandan from India, Marije Langelaar from the Netherlands, Katerina Iliopoulou from Greece, SJ Fowler from the UK and Pelin Özer from Turkey.

Here’s some more information from the editors about the project, including details of how to submit poems:

“I cannot applaud tyranny, I can never love a tyrant.” Turkish poet Mehmet Akif Ersoy, quoted by Turkish Prime Minister Recep Tayyip Erdogan, on stage before a crowd of 10,000 on 6th June, 2013.

Poetry, then, is at the heart of the struggle in Turkey, and — as with public space — no government, politician or party should be able to claim control over the power of poetry to inspire, persuade and empathise. We as poets internationally propose a poetic #ResistTurkey / #OccupyGezi to celebrate both the spaces and discourses of freedom of expression, which Erdogan’s government has repressed.

We offer our words in solidarity, as translations and inspirations drawn from the creative protests in words and actions taking place across Turkey, and we invite you to join us in doing the same.

Email your own poems or a poem written by someone else (if you are not a poet) as attachments, or send us a link if you’ve posted elsewhere, to: solidarityparkpoetry@gmail.com. Please submit no more than three poems and include a short bio and an image that either reflects your thoughts on resistance or an author photo. We welcome poems in all languages, including sign languages and visual poetry. If you do have an English translation handy by a reputable translator then do send it along. Turkish-English and English-Turkish translators are also invited to get in touch!

“Come here, let’s make peace, let’s not be strangers to one another.” Yunus Emre