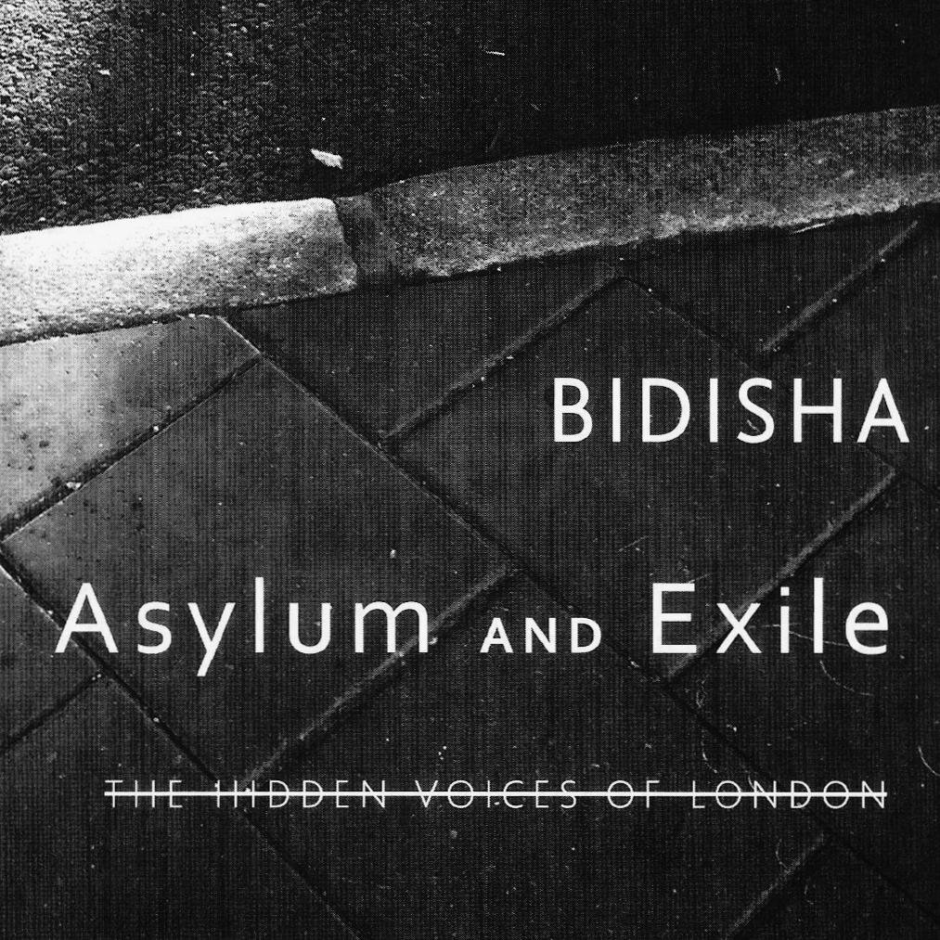 ‘Benefit Scroungers. Criminals. Terrorists.’ These are the vicious words that tabloids throw around when discussing asylum seekers and it is our job to ‘battle these simple lies with complex truths: to personalise and humanise.’

This was the crux of the opening statement given by Maurice Wren, CEO of the Refugee Council, who chaired the English PEN and Free Word Centre event ‘Asylum and Exile: The Hidden Voices of London’ on Tuesday 3 February 2015. Maurice was joined by writer and outreach worker Bidisha, refugee worker at Praxis Community Projects Bethan Lant, author Nadifa Mohamed, poetry class facilitator Bamidele Hassan and writer and performance poet Malika Booker.

The event took as its starting point Bidisha’s recently released book, which gave its title as the name of the event. Inspired by a residency undertaken with English PEN in 2012, Asylum and Exile is a collection of stories about the lives of asylum seekers and refugees – as told in their own voices. At both the start and end of the event, Malika Booker read extracts from the book. Some anecdotes were funny whilst some were tragic, but all succeeded in conveying a strong sense of the personality behind each tale. Contradicting the semantics of news stories and far-right politicians who seek to dehumanize refugees and render them mere statistics, Malika’s readings (and the book in general) brought into focus the reality of life as a newcomer to a strange land.

In the panel discussion that followed, each panelist shared their own experiences and interactions with the people and discourse surrounding immigration. Bethan told of how refugees and seekers are consistently faced with disbelief – from authorities, from the general public – about their stories, and how books like Bidisha’s are therefore so important for redressing that. Nadifa told of how she is surrounded by such stories in her personal life, and how they feed into her work: in her current novel, for example, she is particularly focusing on the ‘heart-sickness’ of having a history that is divided between two different places.

Bamidele, who has first-hand experience of seeking asylum in the UK, paid stark testament to hard-nosed disbelief that an asylum seeker’s story is almost invariably faced with; people ask for your story and then disbelieve it as ‘fabricated’. Gaining refugee status in the UK, he said, plunges you into a convoluted world of impenetrable procedures, where any positive outcome is based not on your story but on sheer luck. He chose to read the poem Invictus by William Ernest Henley, which movingly captured his experience of seeking asylum: he had met with the ‘bludgeonings of chance’ and had been left ‘bloody, but unbowed.’

After this thought-provoking panel discussion, the audience’s questions focused predominantly on how to counter the increasingly right-wing political discourse that vilifies those who seek to find refuge in the UK. Finding a counter-narrative to these ideas, all agreed, was not going to be easy. However, some glimmers of hope were gleaned. One salient suggestion was that the arts could provide such a counter-narrative. Books such as those by Bidisha and Nadifa Mohamed allow people to put themselves in someone else’s shoes, something that is fundamental in creating awareness about the plight of asylum seekers. The importance of the arts in education was also raised, as Malika spoke of workshops which English PEN’s cohort of writers had run in schools that had been truly perspective-changing for many of the students involved.

It was put to the audience that it is our job to ‘change one mind at a time’. Challenging a racist joke, an ill-informed tweet, or a xenophobic Facebook post may seem like a drop in the ocean, but as Sydney Smith once wrote, it is the greatest of all mistakes to do nothing because you can only do a little.