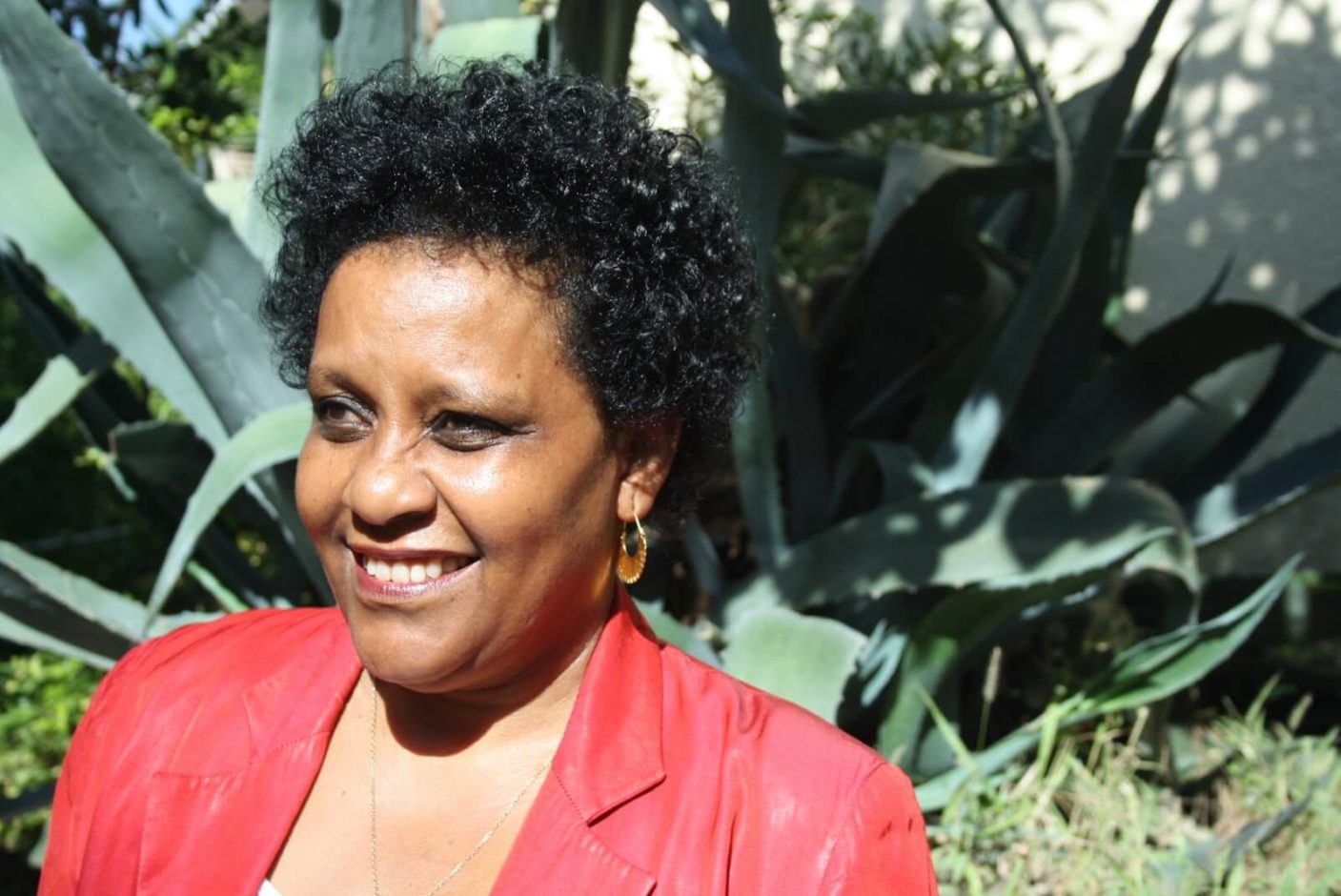 This event is exclusively for English PEN members. If you’re not a member but would like to attend, you can join us here and email [email protected] to register for the event.

We’re delighted to host this event in partnership with the Poetry Translation Centre. Ribka Sibhatu’s events have been supported by the European Union’s Creative Europe culture programme.

To mark the publication of Ribka Sibhatu’s Aulò by the Poetry Translation Centre, English PEN members are invited to join a conversation with the author and her translator André Naffis-Sahely to discuss her poetry and activism for refugees in Europe, the migrant crisis and against the regime of her home.

Sibhatu is an Eritrean poet whose work deals with matters pressingly relevant today: exploring identity and representing a modern, multicultural, multilingual Europe that includes cultures and heritage from outside Europe. As an activist as well as a poet her work offers an insight into the extraordinary vulnerability of refugees and migrant workers and beyond writing she works across a spectrum of activism from community women’s groups right to the United Nations and addressing parliamentary committees.

Writing in Tigrinya, Ahmaric and Italian, her passion for these stories is infectious and captivating. She is joined by poet and translator André Naffis-Sahely who has worked closely with Sibhatu for over 10 years to bring her to the attention of English speaking audiences, Aulò, or ‘Songs’, features both narrative and lyric poems, as well as retellings of classic oral African fables, and provides texts in the three languages that Sibhatu writes in, which sit side by side with Naffis-Sahely’s translations.

Ribka Sibhatu was born in Asmara in 1962. In 1979, at the age of sixteen, Sibhatu was sentenced to a year in prison for criticizing the government, on false charges trumped up by an Ethiopian politician whom Sibhatu had refused to marry. Upon her release, Sibhatu fled to Addis Ababa, where she completed her education. In 1986, Sibhatu married a Frenchman, and she began a new life in Lyons where her daughter Sara was born. When that marriage ended, Sibhatu moved again, this time to Rome, where she published her first collection of poems, Aulò! Canto poesia dall’Eritrea / Aulò: Eritrean Bardic Songs (Sinnos, 1993/2009), a volume of confessional lyrics written in both Tigrinya and Italian. She regularly works with students teaching them about the aural traditions of African storytelling, and was part of the Cultural Olympiad for London 2012, representing Eritrea at the global literary meeting Poetry Parnassus at the Southbank Centre. Alongside writing and keeping her cultural traditions alive, Sibhatu is a passionate campaigner for the rights of refugees.

André Naffis-Sahely is the author of the collection The Promised Land: Poems from Itinerant Life (Penguin, 2017) and the pamphlet The Other Side of Nowhere (Rough Trade Books, 2019). He is also the editor of The Heart of a Stranger: An Anthology of Exile Literature (Pushkin Press, 2020). He is from Abu Dhabi, but was born in Venice to an Iranian father and an Italian mother. He has translated over twenty titles of fiction, poetry and nonfiction, including works by Honoré de Balzac, Émile Zola, Abdellatif Laâbi, Tahar Ben Jelloun and Frankétienne.

This event is for English PEN members only.