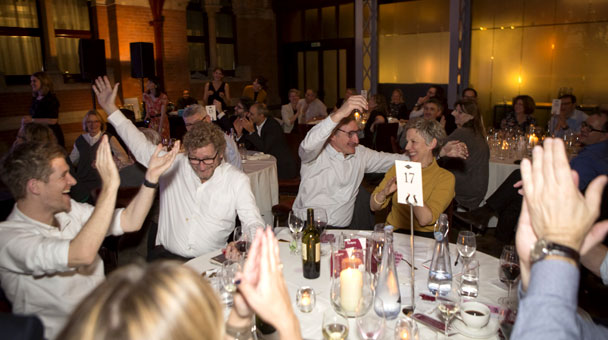 The winners narrowly beat the team of literary agents, named in honour of David Miller, into second place after a tense final round. The Economist team came third.

Watch the dramatic announcement of the final scores

The evening was expertly hosted by an award-winning writer, journalist and host of his own infamous Literary Salon, Damian Barr. Cartoonist and author Martin Rowson acted as raffle master. The quiz questions were set by Simon O’Hagan, former Comment Editor and quiz-setter at the Independent, now of the Radio Times.