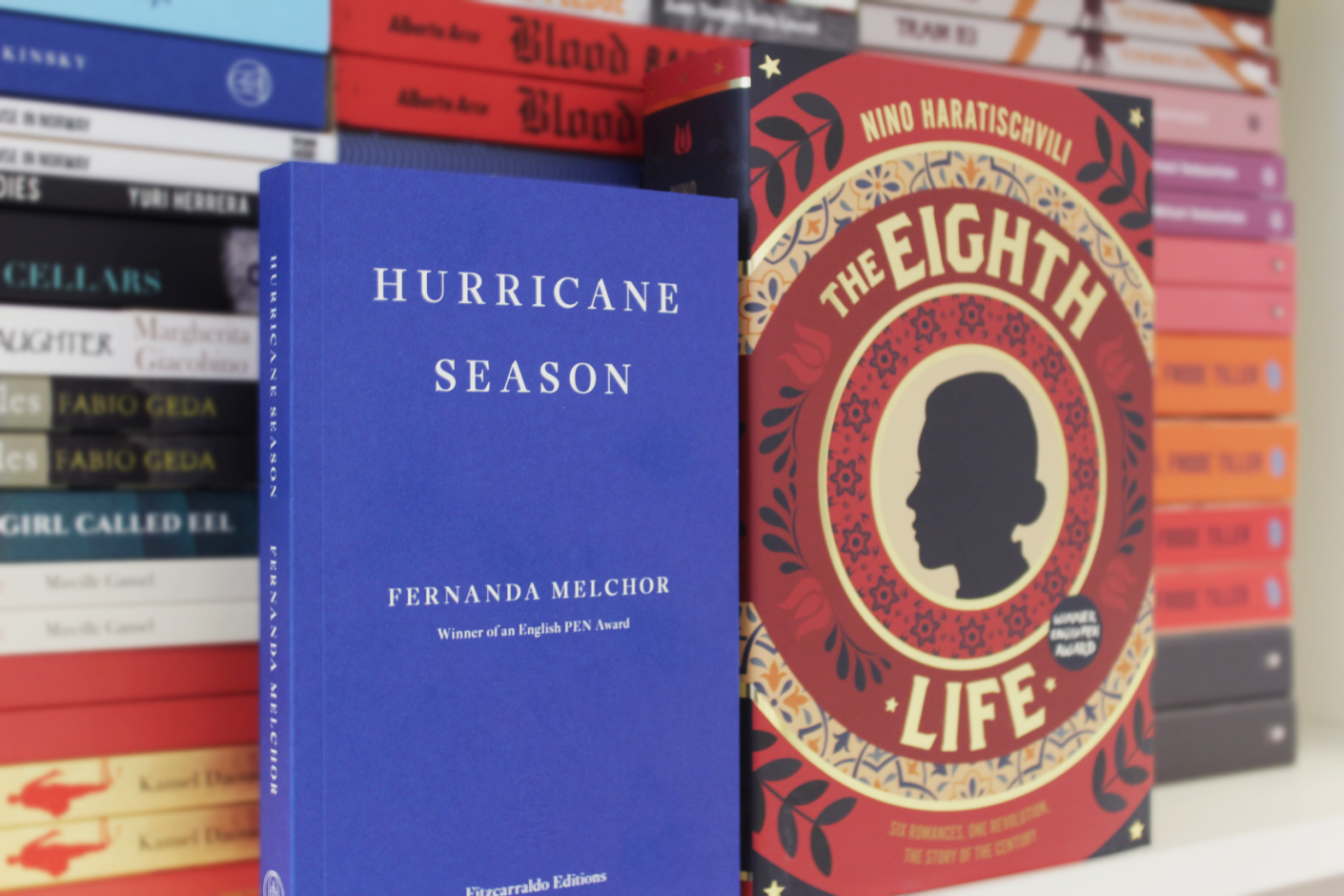 The longlisted titles are:

PEN Translates is English PEN’s Arts Council
England-funded award for literature in translation, which has given more than £1,000,000
in awards.

We are immensely pleased that two books supported through our PEN Translates programme have been longlisted for this year’s International Booker Prize. The Eighth Life and Hurricane Season are monumental works of literature, and we’re delighted to have played a part in bringing them to UK readers. PEN Translates has granted £1,000,000 of awards in the last decade – not only in the name of internationalism, but also to foster exceptional literature. These titles – and their writers, translators and publishers – have rightly been recognised as exceptional by this year’s International Booker judges.

English PEN is hugely proud of the work it does to support the publication of some of the world’s best literature in translation, so it’s always a thrill to see PEN-supported books being celebrated. PEN-supported books have appeared on every International Booker longlist since the prize was re-launched in 2016, and this year is no exception. To see two of our selected titles honoured by the International Booker judges in this way is a great vindication of the importance English PEN places on bringing the world’s best books to UK readers.

PEN Translates has now supported over 250 books, in 53 languages. This year is the second time that two books supported by the programme have been longlisted for the International Booker Prize.

Earlier this week, two other PEN Translates award-winners were longlisted for the EBRD Prize.

You can read our interview with Sema and Nicholas, ‘Silence, Our Noisy Silence’, on PEN Transmissions, our online magazine for translated and international voices.

English PEN’s work in literature in translation – as well as our campaigning for writers at risk and on issues of free expression, and our showcasing of diverse literature through events and prizes – is supported and guided by our members. You can join our community of over 1,000 readers and writers, and add your voice to our mission, here.