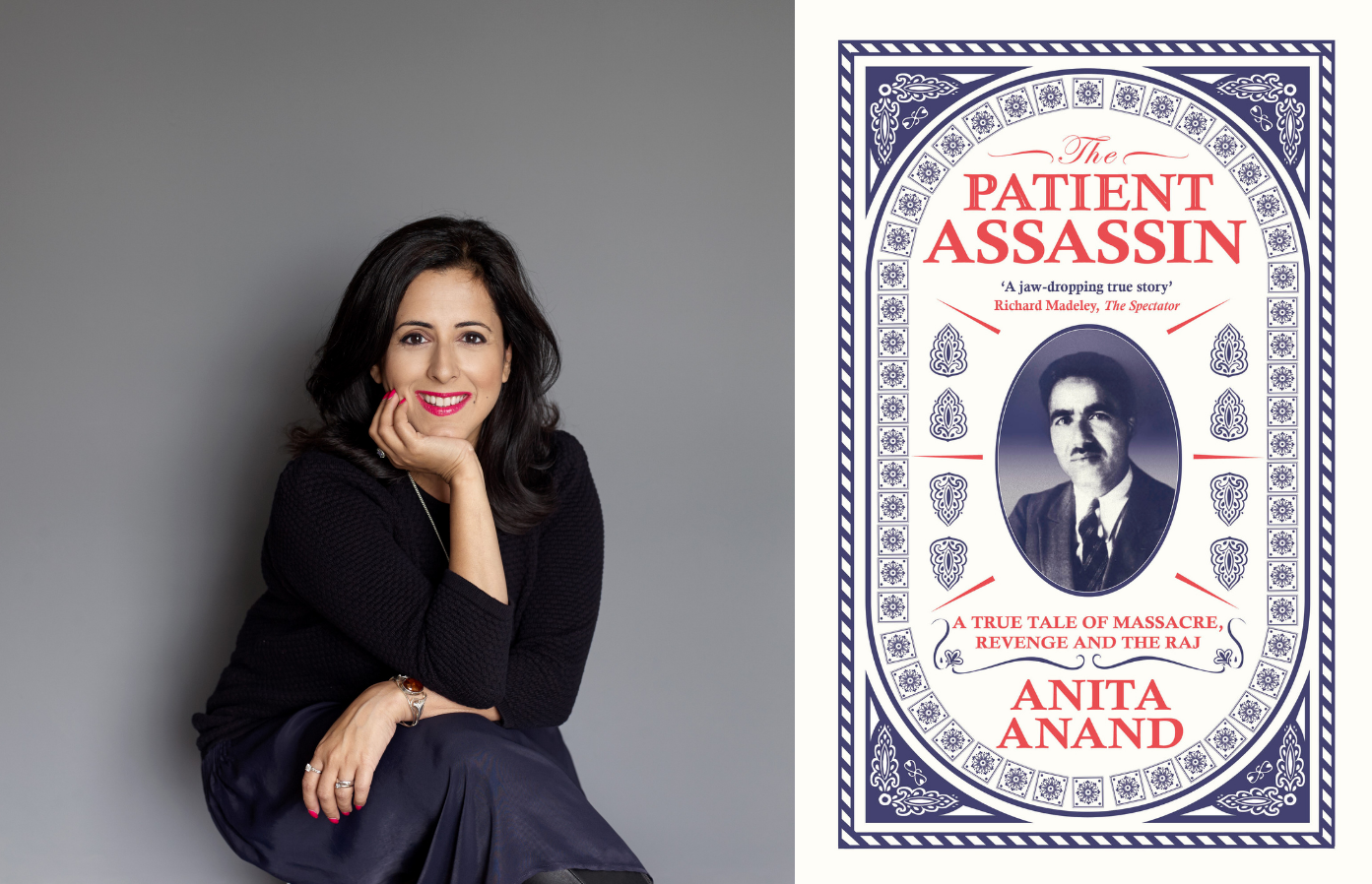 The Patient Assassin recounts the story of one Indian’s twenty-year quest for revenge, taking him around the world in search of those he held responsible for the Amritsar massacre of 1919, which cost the lives of hundreds.

The judges also Highly Commended two titles from the shortlist: Hazel V. Carby’s Imperial Intimacies: A Tale of Two Islands (Verso) calling it a ‘genre-defying work bringing together the archival skill of the trained historian with the unmatchable impact of memoir. It is an education for both the heart and the head’.

The judges also said Roel Sterckx’s Chinese Thought: From Confucius to Cook Ding (Pelican) is ‘highly distinctive in its capacity to take some of the most challenging concepts in a non-western world-view and show with patience and immense knowledge, worn lightly, how it has changed over time, and why it matters to understanding this important society even today’.

Rana Mitter, chair of judges said of the winner:

‘When seeking a winner, the judges hoped that the book we chose would have historical rigour, a rich base of research, and an ability to speak to wider historical questions beyond its immediate subject.  We also hoped that it would be the kind of read we couldn’t put down.  Getting all of that in one book might have been too much to ask – but as it turned out, our 2020 winner has displayed all those qualities and more.  Anita Anand’s The Patient Assassin is the story of a murderer and his victim – a British colonial official assassinated by an Indian avenger more than two decades after the horrific Amritsar massacre of 1919, for which that official was partly responsible.  Yet it is much more than the story of two men.  It is an account of how global the spirit of anti-imperialist revolution was in the early twentieth century.  It is also an empathetic account of how categories of good and evil in the context of empire have to be understood in more nuanced and complex ways.  For those looking to question empire in the present day, it is a book that provides many answers. But we are also confident that The Patient Assassin is something more – a genuine historical classic that will be read for decades to come.’

‘I am truly honoured by the judge’s decision. In a field of exceptional books by such esteemed historians, I felt lucky just to be shortlisted. To be chosen as the winner is overwhelming, and I will be pinching myself for some time to come. The Patient Assassin is very close to my heart.  Having been weaned on the story of Jallianwala Bagh, thanks to our family connection, I wanted to write the history of the massacre and Udham Singh’s revenge as an antidote to the rose-tinted portrayals of the Raj – so popular in film and television. I also needed to understand how such unspeakable things could be allowed to happen. Faced by complicated characters, contrary accounts, obscure sources, the weight of folklore and deliberate attempts to hide truth, I sometimes doubted that I could do justice to this dark episode. I’m so glad I persevered. Thank you for this award. It means so much to me and would have meant so much to my father and grandfather.’

‘I’d like to wish a huge congratulations to this year’s PEN Hessell-Tiltman Prize winner Anita Anand from everyone at English PEN. The Patient Assassin is a compelling and truth-telling portrayal of a dark time in modern history, and we’re delighted to be able to throw a light on this impressive title. Congratulations Anita, and to all our shortlisted authors.’

Seven titles were shortlisted for the prize, including:

Submissions for the PEN Hessell-Tiltman Prize 2021 are now open – find out more.

Anita Anand is a political journalist who has presented television and radio programmes on the BBC for twenty years. She currently presents Any Answers on Radio 4. She is the author of Sophia: Princess, Suffragette, Revolutionary and, with William Dalrymple, Koh-i-Noor: The History of the World’s Most Infamous Diamond. She lives with her husband and two children in London.

The PEN Hessell-Tiltman prize of £2,000 is awarded annually for a non-fiction book of specifically historical content. Entrants are to be books of high literary merit – that is, not primarily written for the academic market – and can cover all historical periods.

English PEN is one of the world’s oldest human rights organisations, championing the freedom to write and read. We are the founding centre of PEN International, a worldwide writers’ association with 145 centres in more than 100 countries. With the support of our members –a community of writers, readers and activists –we protect freedom of expression whenever it is under attack, support writers facing persecution around the world, and celebrate contemporary international writing with literary prizes, grants, events, and our online magazine PEN Transmissions.

Dr John Gallagher is a Lecturer in Early Modern History at the University of Leeds and author of Learning Languages in Early Modern England (Oxford University Press, 2019). He is a BBC/AHRC New Generation Thinker and has written and presented documentaries on BBC TV and radio, as well as writing for the Guardian, the Irish Times, the London Review of Books and others.

Rana Mitter OBE FBA is Professor of the History and Politics of Modern China, and a Fellow of St Cross College at the University of Oxford. His books include Forgotten Ally: China’s World War II, 1937-1945 (Houghton Mifflin Harcourt, 2013; UK title, China’s War with Japan), winner of the 2014 RUSI/Duke of Westminster’s Medal for Military Literature, named a Book of the Year in the Financial Times and Economist; and China’s Good War: How World War II is Shaping a New Nationalism (Harvard, 2020). He won the 2020 Medlicott Medal of the Historical Association.

Rebecca Rideal is a historian, broadcaster, consultant, and director of the history festival, HistFest. As a former television researcher and producer, she developed the Emmy award-winning David Attenborough’s First Life and the BAFTA-winning Flying Monsters with David Attenborough. She writes regularly for press and is the author of 1666: Plague, War and Hellfire. She is working towards her PhD at Royal Holloway, University of London, and has tutored at UCL, Bath Spa University and Oxford University.