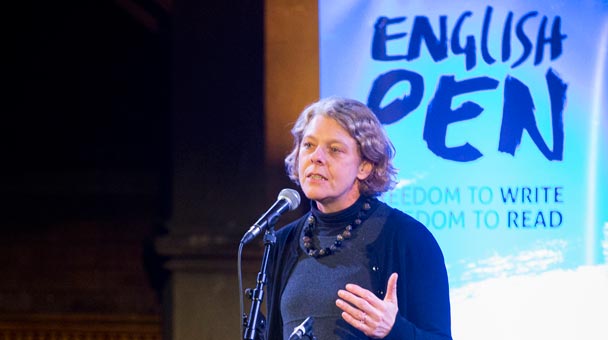 Antonia brings extensive experience of working with and for writers, more recently as Director of Cheltenham Literature Festival 2016 and Director of Literature at Arts Council England. She joined English PEN as Interim Director in August 2017.

My fellow trustees and I are delighted to be able to appoint such an influential and effective person as the new director of English PEN. Over the past few months Antonia has provided us with expert and inspiring leadership, steering us through a series of flagship literary events, campaigns for writers at risk, and essential funding applications. As we look forward to a series of major events and consultations in the second half of 2018, I know the organisation is in good hands.

I am thrilled and honoured to have the chance to take English PEN forward towards its centenary in 2021. Not only is PEN an extraordinary membership organisation for writers helping other writers at risk, it champions new and significant voices from across the world, particularly through translation. I am looking forward to being part of the committed international network of PEN centres who work for writers and readers alike.

English PEN’s advocacy for freedom of expression has never been more essential. In an increasingly polarised world, standing up for writers and truth is more vital than ever. Working in the UK and beyond, English PEN has an important role to play for the future, and I look forward to working closely with Antonia as we move toward 2021 and a true celebration of PEN’s centenary.