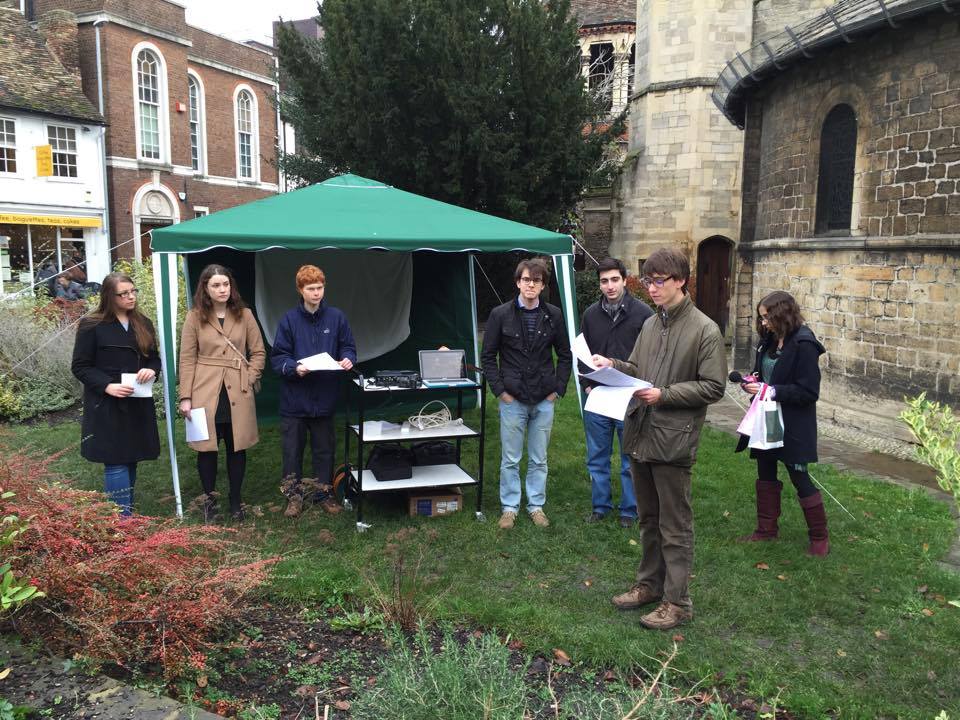 In November 2014, Cambridge Student PEN held a reading to mark the Day of the Imprisoned Writer. Following the reading, Nineb Lamassu came to us to ask for help for his people, the Assyrian Iraqis. They were the opposite of imprisoned, he said – or if they were imprisoned, it was an imprisonment in fear. They had been driven out of their homes by ISIS, and were living in dire conditions in flooded refugee camps. They had lost everything in a matter of hours. The poets among them had lost their life’s worth of books and manuscripts, resulting in intense psychological pressure. Nineb told us of how one of his friends had been sitting in the corner of his tent for weeks, without speaking.

The poets were still writing, often on sodden scraps of paper rescued from the flooding. They felt their suffering was not known to the world, and found a role in representing that suffering in poetry. With Nineb’s help, Cambridge Student PEN secured and translated the poems written in the camps, and held a 24-hour solidarity vigil and reading of the poems in a tent in Cambridge. Representatives of British, Iraqi, Turkish, Kurdish, Israeli, Persian, even Brazilian and Trinidadian writing communities were present. Simultaneously, the Syriac Writers’ Union, the body for Assyrian poets, held a reading of the poems in the original Aramaic, which they were able to record and send to us, to screen in Cambridge. Rawand Baythoon, the President of the Syriac Writers’ Union, told us, simply, that ‘it has turned our sadness into happiness’, to know that their poems had reached so far.

In July 2015, the poems reached London – in fact, beyond – at the Exiled Lit Café hosted by Exiled Writers Ink. At an event titled ‘Never Again. Again?!’, Nineb Lamassu and I launched a chapbook containing a selection of the poems of the Assyrian Iraqi refugees. They were joined by writers from Iran, Iraq, Cyprus and elsewhere to examine and question Theodor Adorno’s comment after Auschwitz: ‘Never again’. The readings were powerful testimony to the fact that genocide has occurred – is occurring – again, and again.

The chapbook produced by Cambridge Student PEN is called ‘Unsheltered Poets’, in recognition both of the poets’ loss of their homes and the striking directness and rawness of their poems’ cries for help. Money raised from the sale of the chapbooks was sent to help those living in IDP camps in Iraq. A further selection of the poems will appear in the Spring 2016 issue of Modern Poetry in Translation. Cambridge Student PEN will continue to support the cause of refugees in Iraq and messages of support, or donations, mean a great deal.

For more information about the ‘Unsheltered Poets’, please write to Jamie Osborn at [email protected].

Jamie Osborn is an undergraduate at Clare College, Cambridge, where he is studying English. In February 2014 he founded Cambridge Student PEN, and hopes to work in the fields of both literature and human rights. He is poetry editor at The Missing Slate, an international magazine with a focus on free speech.