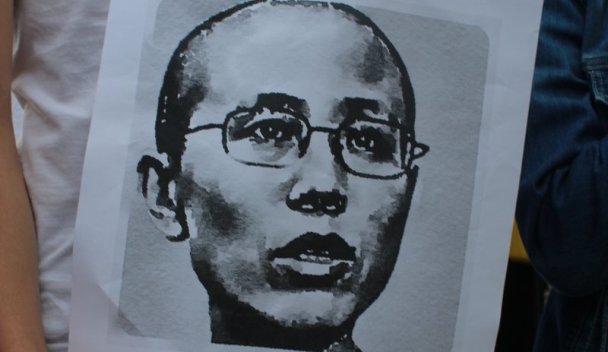 PEN is increasingly deeply concerned for the health and well-being of poet, artist and founding member of the Independent Chinese PEN Centre, Liu Xia.

Liu Xia has been held under unofficial house arrest in her Beijing apartment since her late husband, poet Liu Xiaobo, was named the winner of the Nobel Peace Prize in October 2010. A recent telephone call made public by a friend on ChinaChange.org raises concerns for her mental health.

For seven years, Liu Xia was held in her apartment without access to phones, internet, doctors of her choice, or visitors. Following the death of her husband in July 2017 and expressions of concern for her wellbeing, Xia appeared in a video in which she asked to be left alone to mourn – it is thought that she may have done this at the behest of the authorities.

The Independent Chinese PEN Centre (ICPC) reports that the restrictions applied against Liu Xia have relaxed somewhat; she has access to a telephone and is allowed to leave her home, but is under constant surveillance.

On 2 May 2018, China Change published an article written by Liu Xia’s long-time friend Liao Yiwu, which raises concerns that her mental health may be deteriorating. Liao Yiwu quotes Liu Xia as saying:

Now, I’ve got nothing to be afraid of. If I can’t leave, I’ll die in my home. Xiaobo is gone, and there’s nothing in the world for me now. It’s easier to die than live. Using death to defy could not be any simpler for me.

PEN believes that the ongoing, extra-judicial house arrest of Liu Xia is a form of punishment for the human rights work carried out by her late husband, Liu Xiaobo, and is extremely concerned for her physical and psychological integrity. We are calling on the Chinese authorities to lift all remaining restrictions placed upon Liu Xia immediately and unconditionally, and to allow her to leave the country, should she so wish.

Share details of Liu Xia’s plight with friends and colleagues and on social media. #FreeLiuXia

You can view writings by Liu Xia and watch a video of her reading her poetry here.

Please keep us informed of any action you take, including any responses you receive from the authorities, via the comments box or by emailing [email protected]