China: PEN calls on the authorities to disclose publisher’s whereabouts 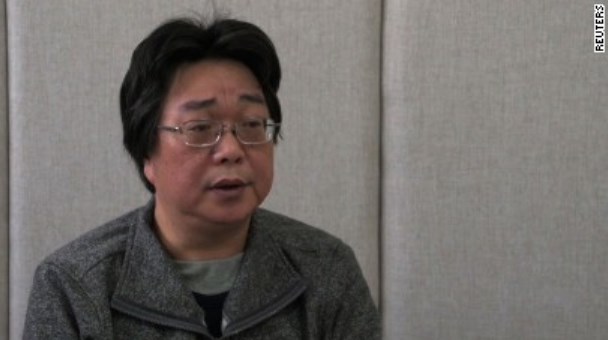 PEN urges the Chinese authorities to immediately clarify whether and on what grounds they are holding Swedish publisher Gui Minhai, following reports in the New York Times that he was apprehended by plain clothes officers while travelling by train to Beijing on 20 January 2017.

Gui Minhai‚Äôs disappearance is deeply disturbing. Gui is potentially suffering from a serious degenerative condition and requires medical assessment. The circumstances of his disappearance are troubling and are a legitimate cause for concern, since he had been a victim of enforced disappearance in the past. Once again, we suspect that his detention is connected with his work as a publisher. We call for his immediate release. We urge the Chinese authorities to immediately clarify where and on what grounds he is being held, and to facilitate contact with his family.

At the time of his arrest, Gui Minhai was reportedly being accompanied to Beijing by two diplomats from the Swedish Consulate in Shanghai; Gui was due to undergo a medical assessment at the Swedish embassy as he has exhibited symptoms of amyotrophic lateral sclerosis ‚Äì a degenerative disease affecting the brain and spinal cord.

Gui Minhai, a Swedish citizen and member of the Independent Chinese PEN Centre, (ICPC) is a co-founder of Mighty Current, a publishing house based in Hong Kong which prints books often critical of the Chinese Communist Party (CCP). Gui was one of five individuals associated with Mighty Current and its retail arm, Causeway Book Store, to have disappeared in October 2015, only to re-appear in the custody of the Chinese authorities.

There was no trace of him until he appeared on state-controlled TV in the People‚Äôs Republic of China three months later.¬† In a¬†televised ‚Äòconfession‚Äô¬†Gui claimed that he had voluntarily surrendered himself to the Chinese authorities over his supposed involvement in a fatal hit-and-run incident which took place in December 2003. PEN elieves Gui Minhai was being held on account of the peaceful exercise of his right to freedom of expression.

Two years after his disappearance, in October 2017, Gui was released. However, he was not allowed to leave China and was required to report regularly to the police. According to his daughter, Gui had been living in an apartment in Ningbo, an eastern coastal city in Zhejiang province. Although there is no indication that he was ever convicted of a crime, he was reportedly released as he was considered to have served his sentence for the alleged traffic incident.

PEN calls on the Chinese authorities to reveal as a matter of urgency whether or not they are holding Gui Minhai, and if so, to reveal the grounds on which he is being held and allow him immediate and regular access to his family and lawyer of his choosing. Gui Minhai should be released immediately and unconditionally if he is being held solely on account of the peaceful exercise of his right to freedom of expression, as it is feared. In the interim, the authorities should provide him with adequate medical care.