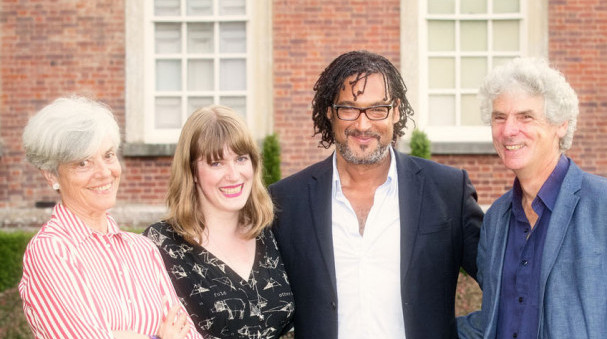 English PEN has announced that David Olusoga has won the PEN Hessell-Tiltman Prize 2017 for Black and British: A Forgotten History (Macmillan). The book is a re-examination of the long relationship between the British Isles and the people of Africa and the Caribbean, and was accompanied by a four-part television series, broadcast on BBC Two in November 2016.

The announcement was made yesterday (9 July) at the inaugural Wimpole History Festival at the Wimpole Estate in Cambridgeshire, a collaboration between the National Trust and the Cambridge Literary Festival. Olusoga was short-listed alongside Sarah Bakewell, Jerry Brotton, Susan L. Carruthers, Dan Cruickshank, Frank Dikötter and Tim Whitmarsh.

Awarding the prize, Jean Seaton, chair of the judges, said:

David Olusoga’s Black and British: a Forgotten History is a wonderful read, but it won because it was so surprising. It discovers unexpected stories of black people in Britain, but it is as much about the ebb and flow of how the British have made that story (sometimes negatively, sometimes positively) part of the national narrative. Above all, this story – sometimes shaming and chilling, but equally inspiring and strange – is told with a great calm and curiosity. The tone invites us all to reflect and become part of the reassessment. It is a tremendous achievement.

It has been a bizarre and wonderful experience, to get all these other people’s histories and experiences, and weave them together – with my own very personal stories, but also with a bigger story of this country … No group – no ethnic group, no political group – owns any part of history. Its all of ours, and ours to conquer, and subdue, to make us go crazy.

The judging panel was chaired this year by Professor Jean Seaton, with critic and historian Frances Stonor Saunders and the 2016 winner of the Hessell-Tiltman Prize Nicholas Stargardt.