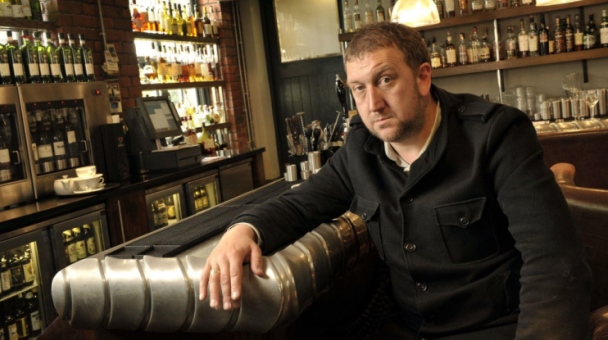 Given that my latest novel Kingdom reports a life remembered from a prison cell, I was intrigued to see how English PEN’s Life Stories writing programme was working out. By their kind invitation, I arrived at HMP Frankland and the neighbouring HMP Low Newton a few days before Christmas. Sheila Mulhern, the writer-in-residence at both prisons, has been overseeing the project for some months now and was keen to tell me of the positive effects. Prison writing is often reflective of the present moment, inward looking and tinged with sadness, but there’s something about reclaiming your own past life – mistakes and all – that emboldens the budding author.

This was the certainly the case among the writers I met at HMP Frankland. They seemed a tight-knit and supportive bunch of fellows, each of them proudly proffering the journal gifted to them by English PEN. As well as the many anecdotes and tales and scraps of half-remembered incidents, a few of the books were also heavily illustrated. I am constantly blown away by the artwork I see in prison and these small chapbooks were no exception. One in particular was inked with the kind of fine-line images last seen in 1950’s Dandy Comics – simple, yet incredibly detailed and evocative.

After studying each of the journals and sharing our stories, we turned our attention to Ghosts Of Our Future, the anthology of the men’s work developed by Sheila. It seemed apt to read from this rather my own novel. By doing so, we dipped into our respective pasts and travelled the four corners of this world and others beyond. A most inspiring morning.

That same afternoon I visited Low Newton. This was the first women’s prison I had ever visited and I didn’t really know what to expect. I had recently been reading Wally Lamb’s Couldn’t Keep It To Myself and was curious to discover if there were any correlations between women’s writing in UK prisons and their American counterparts. In the event, we were pushed for time and I didn’t get to see as much of the writing as I would have liked, but the pieces I did read were bright and forward-looking and full of hope. It’s testament to the work of Sheila Mulhern and English PEN that there is so much positivity in such environments. All life is worth recording and all life is worth saving, however many wrong turns they may have taken. Life Stories is a superb project that reaps very real benefits. Long may it run.

Russ Litten is the author of the novels Scream If You Want To Go Faster and Swear Down, which is currently being developed for a three part TV drama. He has written for radio, film and television. A resident of Kingston Upon Hull, Litten works as a writer in residence at a prison in the north of England and is a regular tutor on Arvon Creative Writing Courses.