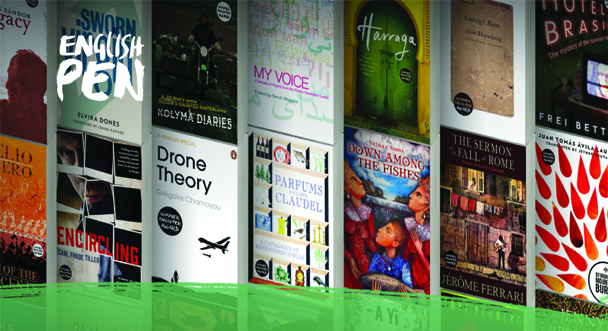 English PEN offers a unique narrative around translation which ties it to freedom of expression, intercultural understanding, access to literature and activism. Over the next five years, the Writers in Translation programme will see the development of several new areas of activity which explores this narrative, working closely with English PEN’s campaigning, advocacy and outreach programmes as well as with other organisations and individuals, especially translators. As part of this new chapter, Writers in Translation’s cornerstone programme PEN Promotes will also be reviewed.

Launched in partnership with Bloomberg in 2005, Writers in Translation has been at the vanguard of transforming the culture of translation in the UK over the past decade. Writers in Translation marked its tenth anniversary in 2015 with a series of public events, online promotions and a celebratory anthology published in collaboration with Pushkin Press.

Samantha Schnee, chair of the Writers in Translation committee, says:

English PEN, its Writers in Translation Committee, and authors, translators, and publishers of writing from all around the world are deeply grateful to Bloomberg for its visionary support of literature in translation over the course of the last ten years. Bloomberg’s funding acted as a catalyst for change in the publishing industry and the reading habits of the British public, and we are deeply grateful for their long-standing support.

During the past ten years English PEN has grown into a key player in raising the profile of translation and translated writers. The Writers in Translation programme includes a dynamic portfolio of activities, which now includes major translation grants, regular events and outreach projects, a popular international blog, and advocacy work on free speech and access to literature. Notable highlights of the past ten years include:

The next five years of Writers in Translation will see the development of several new areas of activity, including a public events strand, resources for translator-activists, and a samples grant which will be open exclusively to translators, recognising their pivotal role in bringing work to new audiences and putting them in the driving seat of the acquisition process.

Bloomberg’s support has not only transformed the translation sector, it’s been central to English PEN’s emergence as a player in one of the most exciting branches of literary culture. We’re looking forward to the next ten years, as translators play an even greater role in developing English PEN’s translation programme.

The promotion grant PEN Promotes was the cornerstone of Writers in Translation when the programme was first established. The very first PEN Promotes grant was awarded to Putin’s Russia by Anna Politkovskaya, who was murdered in 2006 for reporting on human rights abuses and corruption in Russia.

Julian Evans, who was the chair of the Writers in Translation committee from 2007 to 2010, says:

If Writers in Translation had only supported one book in its lifetime, Putin’s Russia, which went on to sell more than 25,000 copies in English and to be distributed clandestinely and courageously in Russia, would almost justify its existence alone.

PEN Promotes has gone on to support 91 titles in ten years, including Kamel Daoud’s instant classic The Meursault Investigation and Chasing the King of Hearts by legendary writer Hanna Krall. The latest round of support titles will be announced in March 2016, after which the grant will be redeveloped in consultation with publishers, venues and retailers. Erica Jarnes, Writers in Translation programme manager, says:

PEN Promotes has been running for ten years so it seems a good time to take stock. We are keen to support the promotion of international writers and we want to make sure we are putting funds and energy to the best possible use. The publishing landscape has changed a lot in ten years – there are more festivals than ever before, an increased appetite for foreign fiction (including on TV), and of course a revolution in digital publishing and digital marketing – so I am keen to talk in depth with publishers, festivals, venues and writers to find out how English PEN’s support can have the biggest impact.

Bloomberg’s support for Writers in Translation has been pivotal in allowing English PEN to forge new partnerships, attract additional funding (from, among others, Arts Council England, Calouste Gulbenkian Foundation, Clore Duffield, the Limbourne Trust, the Foyle Foundation and ALCS) and make a visible and significant contribution to a vibrant new culture of literary translation in the UK.

English PEN is looking forward to continuing to develop new partnerships for Writers in Translation now that Bloomberg’s ten-year commitment has come to an end.