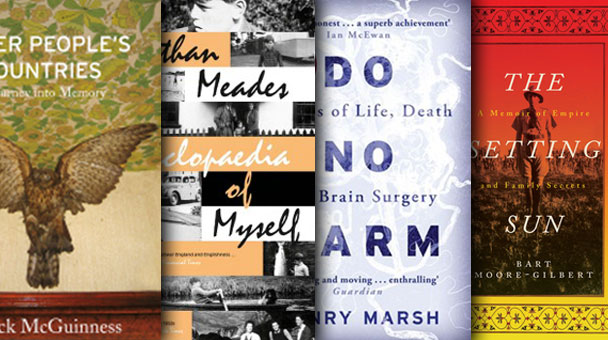 The PEN Ackerley prize was established in memory of Joe Randolph Ackerley (1896-1967), the author and long-time literary editor of The Listener magazine. The prize is awarded annually to a literary autobiography of outstanding merit, written by an author of British nationality and published in the UK in the previous year. The PEN Ackerley prize is judged by biographer and historian Peter Parker (chair), writer and painter Colin Spencer, author Georgina Hammick and historian and biographer Richard Davenport-Hines.  The winner receives a cheque for £2,500.

This year the PEN Ackerley judges called in 31 books for consideration, whittling these down to an extremely varied longlist of nine. We eventually placed four books on our shortlist that were very different from each other, both in their approach to autobiography and memoir and in their settings. We were taken to Africa and India, a small town in Belgium, Salisbury in the mid-twentieth century, and operating theatres in London and the Ukraine. We congratulate the shortlisted authors and strongly recommend their books.

The winner will be announced on Monday 29 June at the English PEN Summer Party.