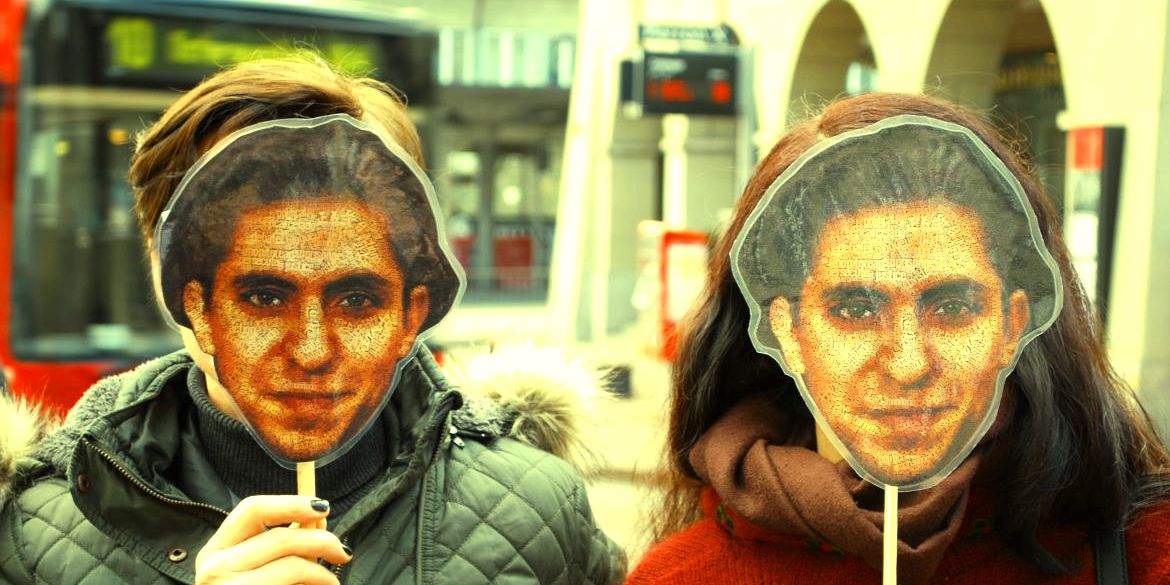 Raif Badawi, an activist and blogger, was arrested in 2012 and convicted for ‘insulting Islam through electronic channels’. He was sentenced to a fine of one million riyals (£175,000), ten years in prison and 1,000 lashes.

This month, Greystone Books publishes 1000 Lashes: Because I Say What I Think, a collection of Raif Badawi’s original blog posts on subjects ranging from the separation of church and state to the dangers of religious extremism. Here is an extract from the book, written to mark Saudi Arabia’s national day (23 September).

Read ‘The Day of the Nation’ here.

English PEN organises monthly vigils for Raif Badawi outside the Saudi Arabian embassy in London. The next vigil will take place on Friday 25 September at 9am. Find out more.

1000 Lashes: Because I Say What I Think is available in the UK from Foyles. Proceeds from the book will be donated to Raif Badawi’s family to support their efforts to campaign for his release.