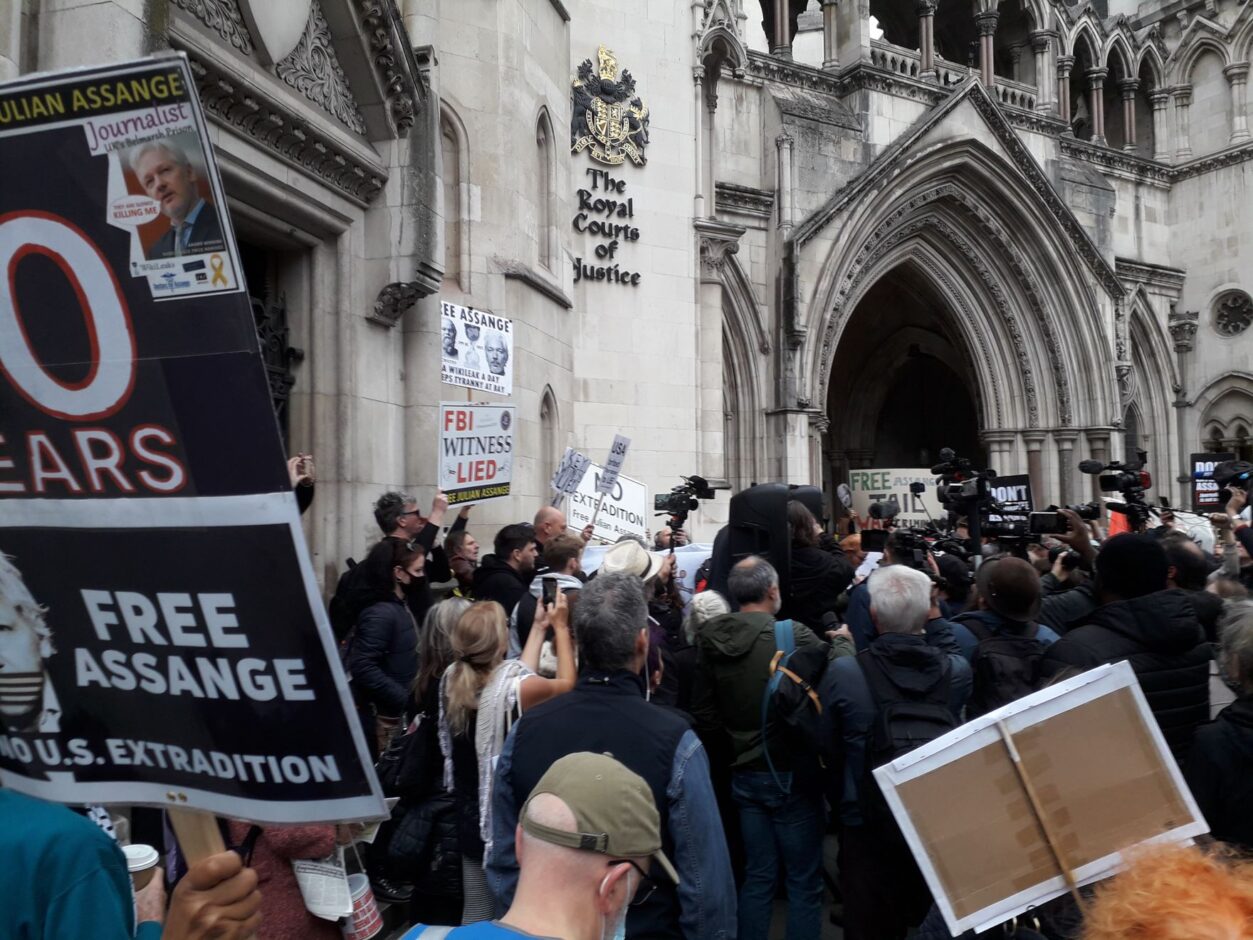 The news today of the decision of the High Court to clear the way for Wikileaks founder and publisher Julian Assange to be extradited to the USA is a shocking blow to media freedom, with far reaching implications for investigative journalism worldwide. The Supreme Court must review the decision and block the politically driven extradition of Assange. In the meantime, PEN continues to call for the dropping of the charges against Assange, and demand that espionage laws not be used against journalists and publishers for disclosing information of public interest.

The judgement of the High Court overturns the District Court’s decision to deny extradition on medical grounds, on the basis of Assange’s poor mental health. District Court Judge Vanessa Baraitser had held that it would be “oppressive” to extradite Assange because of his serious risk of suicide and mental health deterioration in the US penal system. In response, the US government had provided written assurances that Assange would be treated humanely – assurances dismissed by Amnesty International as “inherently unreliable.” It was on the basis of these assurances, however, that the High Court today ruled in favour of the US government.

‘PEN International strongly condemns the UK High Court’s ruling to allow the extradition of Julian Assange to the US. That the verdict came on Human Rights Day is a shocking blow to press freedom around the world and sets a dangerous precedent that could affect the legitimate work of journalists and publishers everywhere. Once again, we call for the charges against Assange to be dropped and urge the UK authorities to release him immediately and to block his extradition to the US’.

‘The decision of the High Court has deeply concerning implications for press freedom and must be reviewed by the Supreme Court. The legal charges filed against Julian Assange contain activities that are central to the work of investigative journalists, and his extradition could therefore set a devastating precedent for journalists worldwide. We continue to call on US authorities to drop these deeply problematic charges and call on the Home Secretary to block this extradition.’

Assange has been held since April 2019 in the UK’s Belmarsh High Security Prison for breaching the UK Bail Act. In May 2019, Assange was indicted by the US Justice Department on 17 counts of violating the US Espionage Act for his role in obtaining and publishing classified military and diplomatic documents in 2010.

Free expression groups and scores of human rights lawyers have made clear that this prosecution raises profound concerns about freedom of the press under the First Amendment of the US Constitution and sends a dangerous signal to journalists and publishers worldwide. The UN Special Rapporteur on torture has, meanwhile, made clear that he considers that both the detention conditions in the United States and the sentence likely to be imposed on Julian Assange present a real risk of torture, inhuman or degrading treatment.

US prosecutors had already charged Assange with conspiracy to commit computer intrusion, which also included a list of actions that fall under journalistic activities. In June 2019, the United Kingdom’s home secretary signed a US extradition order for Assange. if convicted on all charges, he faces a total of 175 years. On 24 June 2020, the US Department of Justice issued a second superseding indictment against Assange, adding no new charges but expanding on the charge for conspiracy to commit computer intrusions.

For more information about PEN’s work on Julian Assange, including PEN’s resolution on the abuse of the US Espionage act, and the prosecution of Assange as a threat to freedom of expression, click here.