The Importance of Student PEN centres 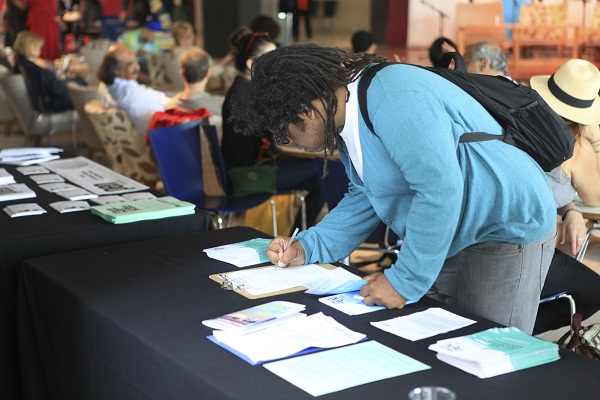 Perhaps it was lazy of me not to attend the Fresher’s Fair in first year, but I didn’t fancy getting tons of emails from societies I didn’t really want to be part of (but being too polite, could hardly say no to!). Blind luck aided me when I stumbled on the society York PEN. I had been a part of Amnesty International at college and had my first taste of what it meant to campaign for human rights, but this was different. I realised what it would mean to me if I lost the thing that I have always enjoyed most – words. Words for myself, the words of others: they have made me who I am as I sit and write this.

So what is PEN? The acronym stands for ‘poets, essayists, novelists’ and this also happens to form the word ‘pen’: the very tool that we use to fight for, and express, our right to freedom of speech. The PEN tree is extensive, from the global-scale PEN International which holds a united front on global issues, to country-based branches like the UK’s Scottish PEN and English PEN – but the tree extends further, with the help of a future generation of activists: students.

The idea of Student PEN centres started in 2009, in the English Department of King’s College London, to ‘tap into the thriving political and literary currents of London’s hugely diverse student body’, as Julia Ziemer of English PEN put it. As English PEN itself is a London-based charity, it seemed logical to appeal to the ‘demographic of engaged, energetic and intellectually curious young people’ who are the future of human rights-defending charities. But great ideas soon gain momentum, and Student PEN centres spread to other universities outside London, like Oxford, York and Cambridge, which was set up in 2014 by Jamie Osborne – ‘[I] started advertising for other people interested [in freedom of expression]. The response was fantastic.’

What do these Student PEN centres do, I hear you ask. Each student centre is unique to the university that houses it, but the uniting thread? They uphold PEN’s values: freedom to write, freedom to read. Rebekah Murrell, of English PEN, commented that they amplify PEN’s work ‘by spreading word of English PEN’s campaigns, throwing fantastic literary events and promoting PEN values’. As well as writing personal letters to imprisoned writers and petition signing, some centres have held lectures, workshops and exhibitions, like the ‘Read for Redemption’ art exhibition by York PEN, which tied in with English PEN’s on-going Books for Prisoners campaign. It isn’t all campaigning and injustice though – some centres work hard to raise the profile of translation works, either by translating authors’ works themselves – as Oxford PEN did, translating the poetry of Enoh Meyomesse – or encouraging other people to read and review translated works, as a way of celebrating our freedom of expression. Essentially, everyone’s talents can be put to use.

The events at Charlie Hebdo encouraged our society to think about the delicate line between offence and expression. My experience as part of a student PEN centre has changed who I am. I am much more aware of the global political climate and how it affects our freedom of expression. Others in Student PEN centres have gained practical experiences being part of a committee and holding positions within it. However, there is one experience that can be very hard to gain in day-to-day life – what Sherry from Cambridge PEN explains as ‘the ability to take part in something that goes beyond [your]self’. This is what some people will call the altruistic side of Student PEN centres – arguably, the most important.

For some lucky members it has even helped to answer the dreaded question every student hears: ‘so, what do you want to do after finishing uni?’ York PEN’s 2012-2013 chair, Seb, answered this question (and in greater length in this article), saying ‘it actually doesn’t really bother me what part of the imagined ‘human rights sector’ I end up working in, so long as it is effective.’ What is insightful, and something worth bearing in mind in general life, is that ‘human rights isn’t really a career, it’s just what you believe.’ It is belief that will guide you along the right path.

Voilá! A student society that helps challenge oppression, open minds and presents a wide range of opinions, encouraging future generations to continue to take up the fight.

Joey Wilson-Brooke is a third year student at York studying English Literature. She was co-Chair of York Student PEN from 2014-2015, during which she helped to organise talks at the university with English PEN’s president, Maureen Freely, and York Student PEN’s first PEN quiz, raising nearly £200 for English PEN. Having stepped down as Chair, she remains an active member of York Student PEN.