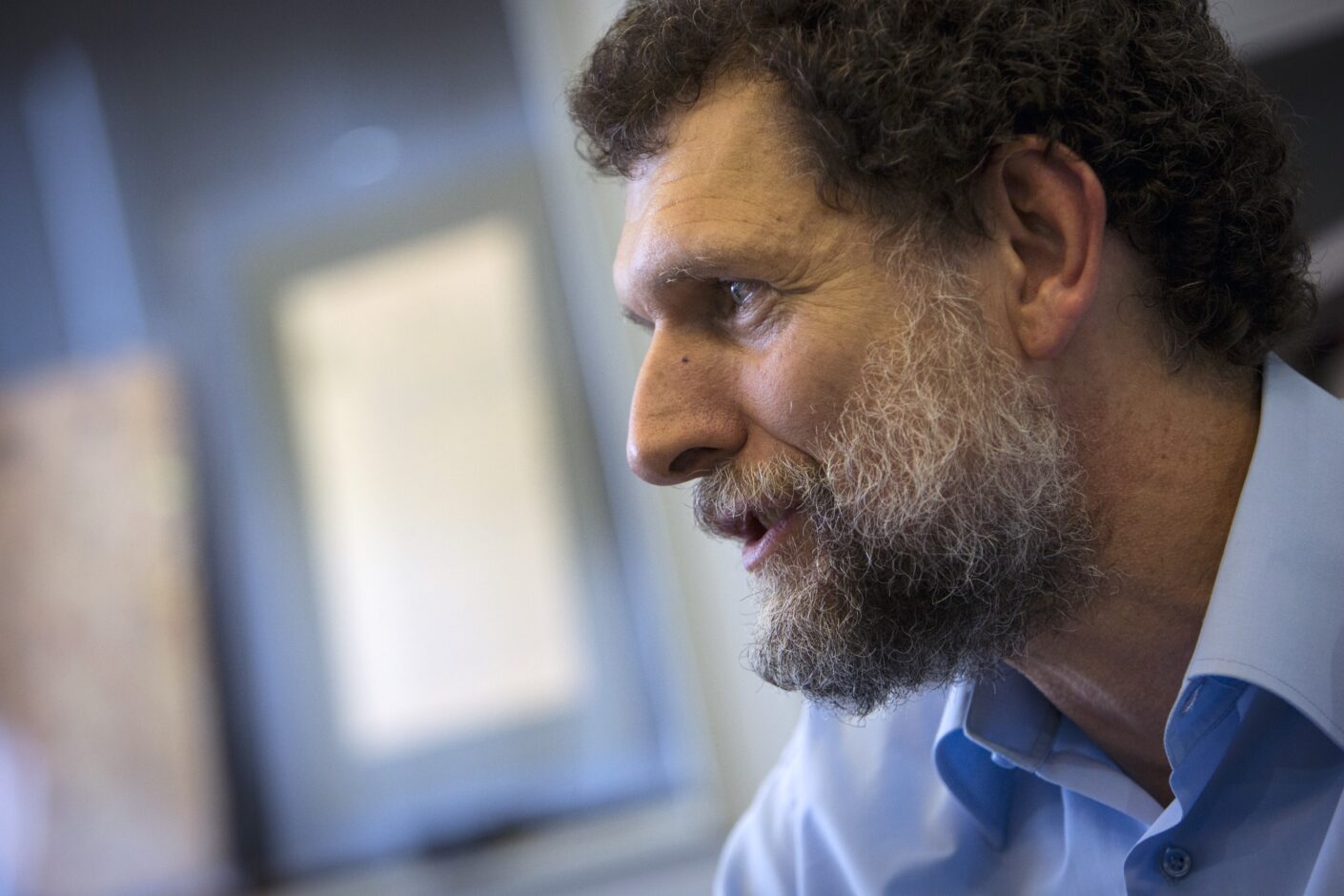 English PEN is devastated by the ruling of the court in the final hearing (25 April 2022) of the Gezi Park trial. The conviction of publisher and human rights defender Osman Kavala for attempting to overthrow the government and the sentence of aggravated life in prison are shockingly unjust. We further denounce the sentences of 18 years in prison for the other seven defendants Mücella Yapıcı, Çiğdem Mater, Hakan Altınay, Mine Özerden, Can Atalay, Tayfun Kahraman and Yiğit Ali Ekmekçi on the charge of assisting in an attempt to overthrow the government.

‘This verdict marks a shocking milestone in Osman Kavala’s gross miscarriage of justice and a cruel day for his co-defendants. Such a politically motivated decision is a crushing blow that puts Turkey’s judicial system to shame. The PEN community continues to stand with Kavala and his co-defendants and urges the Turkish authorities to end their ordeal at once. Kavala will never get the last four-and-a-half years of his life back. That he will now be joined behind bars by seven of his co-defendants on baseless charges is utterly devastating. They must all be freed immediately and unconditionally.’

PEN believes that the decision to acquit defendants in January 2020 due to insufficient evidence, only to hold a retrial on the same charge with no new evidence and find defendants guilty is a flagrant abuse of domestic and international law.[1] As stated by the dissenting judge in yesterday’s ruling, Osman Kavala and his co-defendants should have never been convicted in the first place, due to lack of evidence.

In December 2019, the European Court of Human Rights (ECtHR) ruled for Osman Kavala’s immediate release, as it found his detention pursued an ulterior purpose and was therefore politically motivated. The Council of Europe’s Committee of Ministers (CoM) has repeatedly urged the authorities to implement the ECtHR judgment and to ensure Kavala’s immediate release. As a result of persistent non-implementation of the judgment, the CoM, for only the second time in its history, initiated infringement proceedings in the case of Kavala v. Turkey in February 2022.

We call on the authorities to abide by their international law obligations and implement the ECtHR judgment, and to immediately release Osman Kavala and his co-defendants.

[1] See PEN Norway’s legal analysis of the indictment in the Gezi trial: Turkey vs Osman Kavala & others.

Send a message of solidarity via our form below.