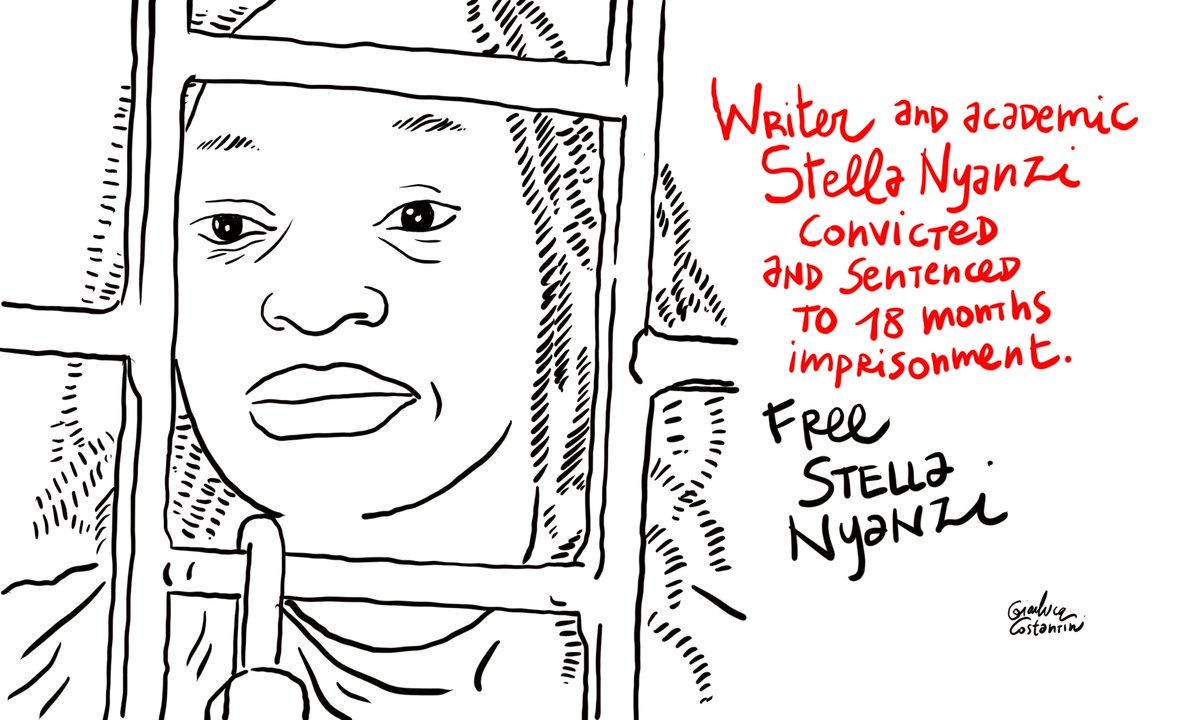 English PEN joins PEN International and Ugandan PEN in welcoming the decision of the High Court to overturn the conviction and sentence of academic, activist and writer Dr. Stella Nyanzi in February 2020

At a hearing at the High Court in Kololo on 20 February 2020, High Court judge Henry Peter Adonyo overturned Dr. Nyanzi’s conviction and sentence, and called for her immediate release on the basis that the lower court did not have jurisdiction to try the case against her, and due to fair trial violations in relation to her right to a defense. He further noted that the prosecution failed to show evidence of the location of the device where the offence was committed. The court also dismissed the state’s appeal on Dr. Nyanzi’s acquittal on charges of offensive communication. Dr. Nyanzi was released the same day after she returned to Luzira prison to sign official release papers.

We are overjoyed that Dr. Nyanzi’s conviction has been overturned and that she is now free, though she should never have been forced to spend the past 15 months in prison, all for a poem. We welcome the court’s decision and are delighted to see her reunited with her family at last.

An outspoken activist, academic, and poet, Dr. Nyanzi was arrested in November 2018 after she posted a poem on her Facebook page that implied Uganda would be better off if the president had died at birth. She was remanded into custody in Luzira women’s prison in November 2018 where she remained until her release. On 1 August 2019, she was convicted of cyber harassment, and acquitted of the charge of offensive communication. She was sentenced on 2 August to 18 months in prison. The state later appealed against her acquittal on the charge of offensive communication.

The American Bar Association Center for Human Rights, which monitored the trial, concluded that the proceedings were marred by fair trial violations, in particular, the failure to provide the defence with adequate time to call and present witnesses.

Dr Nyanzi is a fierce, public critic of Uganda’s president and a practitioner of ‘radical rudeness’, a traditional Ugandan strategy for unsettling the powerful through the tactical use of public insult. Her poems, which she writes mostly on social media, are laden with metaphor, often colourful and sometimes shocking.

We are so glad that Dr Stella Nyanzi, the hugely deserving winner of this year’s Oxfam Novib/PEN International award for freedom of expression, has finally been released. Thank you to everyone who took action on her behalf, and to Dr Nyanzi for remaining an inspiration throughout her time in detention.

PEN has been campaigning for the release of Dr Nyanzi since her arrest in November 2018, as well as for the charges against her from an earlier case to be dropped. She was one of five writers highlighted on the Day of the Imprisoned Writer in November 2019 and among those that PEN supporters were encouraged to send cards and letters as part of our annual Season’s Greetings campaign. In January 2020, fellow writer Nicholas Foxton performed in solidarity with Dr Nyanzi at the English PEN Modern Literature Festival, curated by SJ Fowler. Two days later, she was awarded the Oxfam Novib/PEN International Award for Freedom of Expression.

The High Court’s quashing of the Buganda Road Chief Magistrate’s conviction and sentencing of Dr. Stella Nyanzi over allegedly cyber-harassing President Yoweri Museveni is a welcome development. It restores confidence in Uganda’s judicial system as well as sending a strong message to people occupying powerful offices that they are not immune to public examination and criticism. But most importantly, it will boost the morale and confidence of those social media users who had been chilled into silence by the conviction and sentencing, to resume writing. Ugandan PEN congratulates Dr Nyanzi upon her release and thanks PEN International, PEN Centres and other individuals who supported her in one way or another in her quest for freedom.

PEN continues to call for the Computer Misuse Act, under which Dr Nyanzi was convicted, to be amended in line with international standards, as in its current form it is overly broad, contravening international human rights norms that protect freedom of speech online, and has been used to silence legitimate dissent.