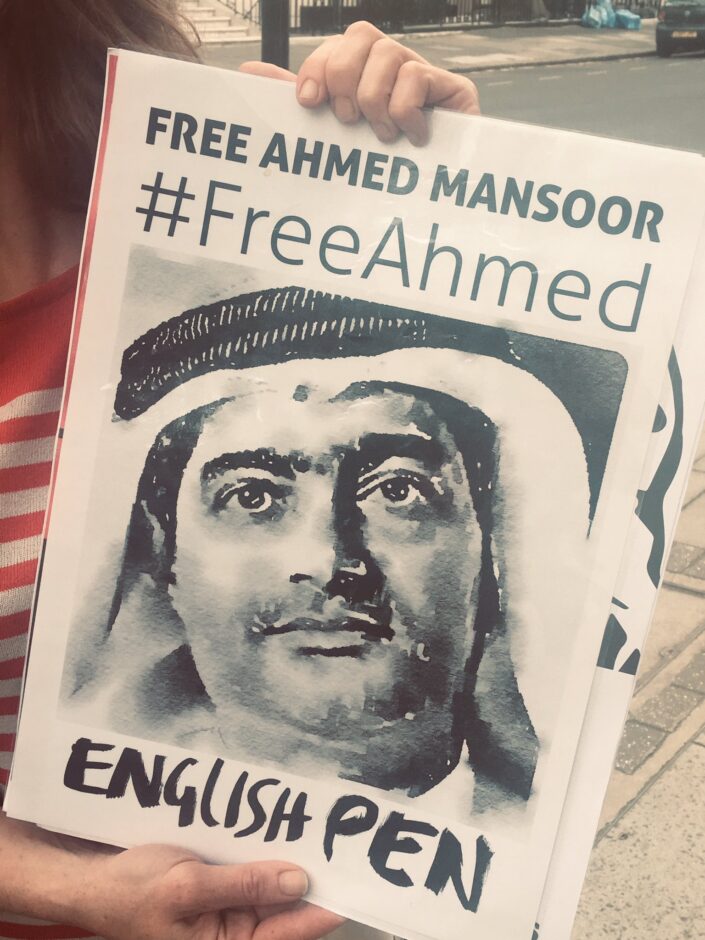 I have no other means now but a tight-lipped silence in the square and through corridors.

Award-winning human rights defender, writer, and engineer Ahmed Mansoor has been detained in the United Arab Emirates since 2017 in retaliation for his human rights work. An internationally renowned activist, Mansoor worked extensively with international rights organisations to raise awareness of human rights violations in the United Arab Emirates, and was a member of the advisory boards of Human Rights Watch and the Gulf Centre for Human Rights. In 2015, he was awarded the prestigious Martin Ennals Award for human rights defenders.

On 20 March 2017, Mansoor was arrested in the middle of the night at his home where he lived with his wife and four young sons. Shortly after his arrest,  a group of United Nations human rights experts said that the UAE should release him immediately, describing his arrest as ‘a direct attack on the legitimate work of human rights defenders in the UAE.’ They expressed fear that his arrest ‘may constitute an act of reprisal for his engagement with UN human rights mechanisms, for the views he expressed on social media, including Twitter.’ He was nevertheless subject to enforced and involuntary disappearance for over six months, with no access to a lawyer and sparse contact with his family, who did not know his exact whereabouts.

A year later, on 29 May 2018, Mansoor was sentenced under vague charges of ‘insulting the status and prestige of the UAE and its symbols, including its leaders’, ‘publishing false information to damage the UAE’s reputation abroad’ and ‘portraying the UAE as a lawless land.’ He received a sentence of 10 years in prison, a fine of 1,000,000 UAE Dirhams (US$272,000), three years of probation after completion of his sentence, and confiscation of his electronic devices. On 31 December 2018, the State Security Chamber of the Federal Supreme Court upheld his conviction and sentence. Mansoor’s trial was widely viewed as grossly unfair and to not have met the minimum international standards of fair trial and due process.

The UAE’s Government actions against Mansoor have been widely criticised. For instance, on 4 October 2018, the European Parliament adopted a  resolution condemning Mansoor’s ‘harassment, persecution and detention, and calling for his release.’ In May 2019, after he ended a month-long hunger strike to protest his unjust conviction and his detention conditions in Al-Sadr prison,  a group of UN Special Rapporteurs  stated that his conditions of detention ‘violate[d] basic international human rights standards and risk[ed] taking an irrevocable toll on Mr Mansoor’s health.’ In September 2019, Mansoor  was severely beaten  for continuing his protests and he undertook yet another hunger strike.

On 22 October 2019, to mark Ahmed Mansoor’s 50th birthday, English PEN joined over 140 other organisations in sending a joint open letter to the Emirati authorities, stating:

Before his imprisonment, Mansoor was known as ‘the last human rights defender left in the UAE’ on account of his fearless work to document human rights violations in the country. His willingness to speak out publicly in defence of human rights on his blog, via social media and in interviews with international media was an example to us all.

During his time in detention, Ahmed Mansoor has been subject to poor treatment and torture, contrary to both the UN Standard Minimum Rules for the Treatment of Prisoners (the Mandela Rules), and to the UAE’s own international human rights obligations. There are widespread concerns for his health and well-being, which have increased following reports of Covid-19 outbreaks in several prisons in the UAE, including Al-Sadr prison where Ahmed Mansoor is detained.

While information about his current situation remains limited, the Gulf Centre for Human Rights reported in June 2020 that his family have not been able to visit him since January. According to their report, he continues to be held in solitary confinement in an isolation ward in Al-Sadr prison, with no bed, no access to a shower or cleaning products and continues to be denied books and other reading materials.

I have no other means now
but a tight-lipped silence in the square and through corridors
Since I have tried everything
screams, chants, signboards
obstructing roads
and lying on the ground in front of the queues
Cutting through the procession with eggs, tomatoes, and
blazing tires
Hurling burning bottles and stones

I have tried all this, but you didn’t even turn to look
This time, I swear
I won’t utter a word, or move
I will stay the way I am
until you turn to look
or until I am petrified 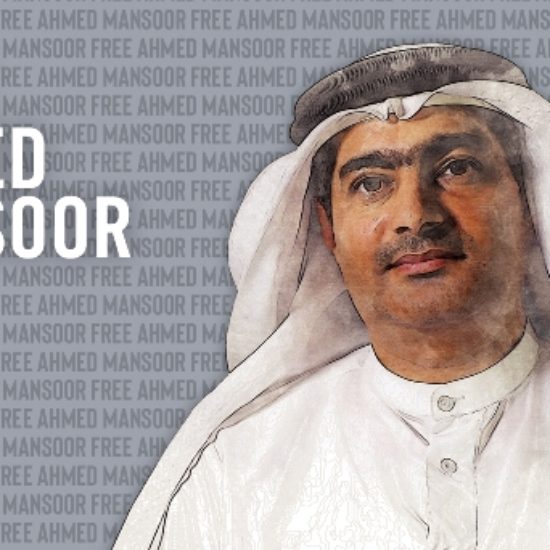 United Arab Emirates: freedom of expression must be upheld at all times, not only tolerated during Hay Festival Abu Dhabi

UAE: open letter calling for release of Ahmed Mansoor on his 50th birthday 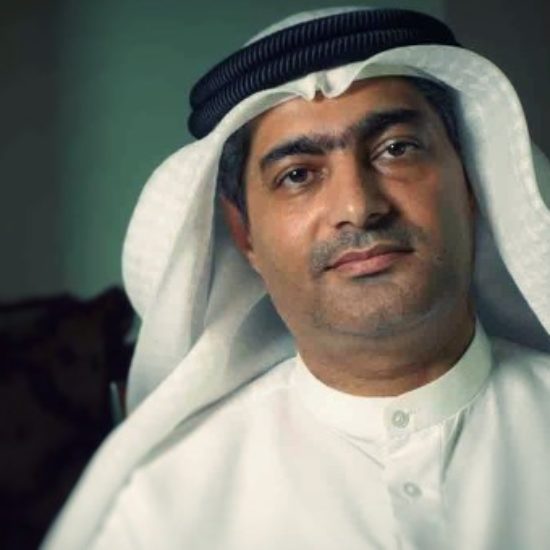