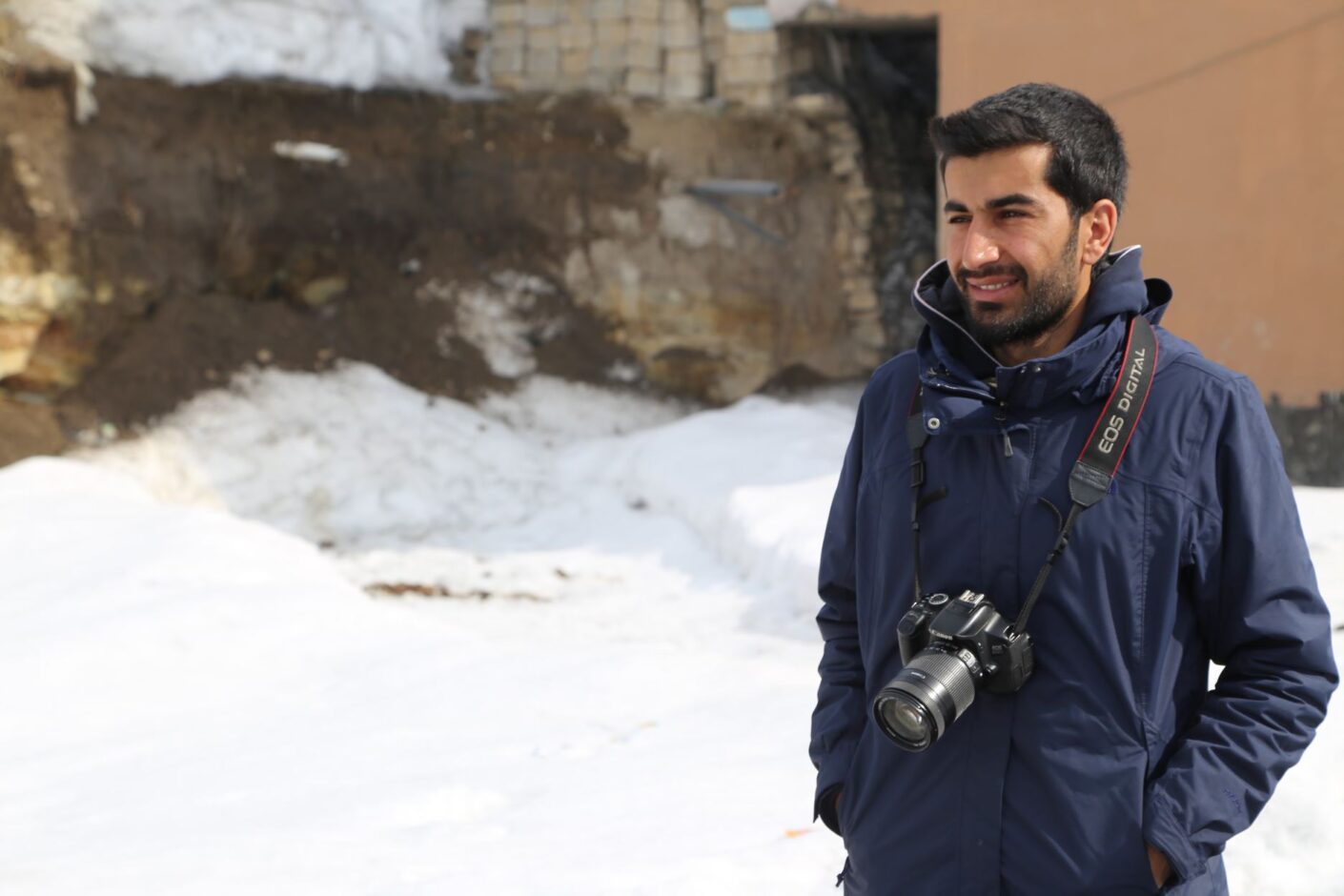 Today, 12 May 2021, marks the fifth anniversary of the arrest of Kurdish poet, journalist and Honorary Member of English PEN, Nedim Türfent. He is serving a sentence of eight years and nine months in prison for ‘membership of a terrorist organisation,’ a spurious charge related to his reporting on the special police forces’ ill-treatment of around 40 Turkish and Kurdish workers.

To mark this date, we are proud to publish the English translation of one of the poems he has written in prison ‘Prisoners Roaring for Freedom’.

In the last light of evening sun

in its glances that search and stretch on

songs of freedom echoed in anthems

in the cell, its atmosphere tightening.

in their hearts, deep in their bones

Cries woven in that sound,

and yells, screams of rebellion!

Late evening, a Saturday in summer.

A handful of people holding the line

Bodies in chains, the songs at liberty,

of a few men filled the prison.

resolute together, and crying out freedom.

A truth in their words that can never be captured,

fatigue of captivity there in their bodies,

calling as one man, one voice for liberty.

In sun’s final glances of evening

Spread the word
Join us in sharing Nedim Türfent’s poem, and calling for his immediate release on social media by using the hashtags #FreeNedim and #NedimeÖzgürlük in Turkish.

Please also show your support by joining us in our ongoing PENWrites campaign and sending him messages of solidarity.