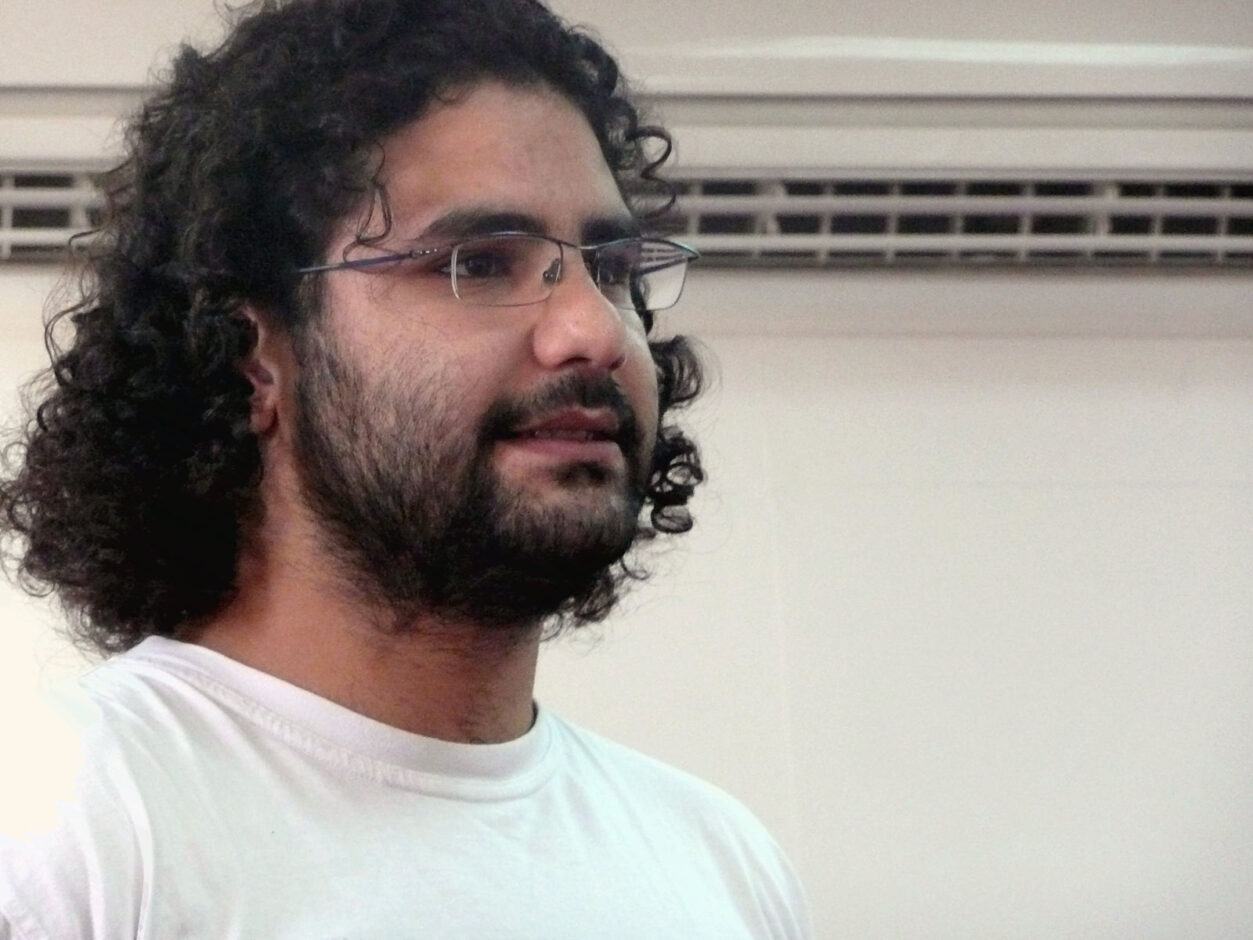 English PEN joins PEN International in condemning the relentless persecution of prominent activist and blogger Alaa Abdelfattah by arbitrarily detaining and subjecting him to discriminatory and punitive treatment, including denying him access to books and newspapers.

PEN is also deeply concerned by reports, including a recent statement from his family, suggesting that the inhumane conditions of his detention are having a negative impact on Alaa Abdelfattah’s mental and physical well-being.

On 14 September 2021, Alaa Abdelfattah’s family expressed their grave concern for his life after he indicated that he was reaching breaking point as a result of the conditions in which he is being held. According to the family’s statement, Abdelfattah’s mother, Laila Soueif, visited the Tora prison complex to deliver regular supplies and exchange letters, a weekly routine the family established following the imprisonment of his younger sister Sanaa Seif in June 2020. However, officers told her that there was no letter from her son without providing any explanation. The next day, Abdelfattah was due to appear in court for a review of his pre-trial detention, but was not allowed to attend the review session and his detention was extended. After his lawyers insisted on seeing him he was brought before the judge. He told his lawyers and the judge about the constant discriminatory treatment and the extra-punitive measures against him, which are taking a considerable toll on his mental well-being.

PEN calls on the Egyptian authorities to immediately and unconditionally release Alaa Abdelfattah and drop all charges against him, to ensure his mental and physical well-being, and to facilitate communications with his family and lawyers pending release. PEN also urges the Egyptian authorities to open an independent investigation into Alaa Abdelfattah’s allegations of torture, ill-treatment, and the discriminatory and punitive treatment he is facing. We also demand that prison authorities immediately allow Alaa Abdelfattah access to books and newspapers, pending his release.